Lord of the Ring - Stormont spectacular.

Back to the future Stormont spectacular. The clocks went back an hour last tonight but fight fans were brought back 18 years as Gary Hamilton stepped through the ropes one last time to face old foe, Douglas Morrison. Over 7 by two minute rounds of full contact kickboxing, the crowd were thrilled with non-stop, top quality action. This was a fight filled with heart, passion and emotion as both men were making their last appearance in the ring after years of success at the top of their game. Fight fans were the winners on this occasion, but when the final bell rang and the judges had to make a decision, the Belfast Boy, Gary Hamilton had his hand raised one last time in victory. 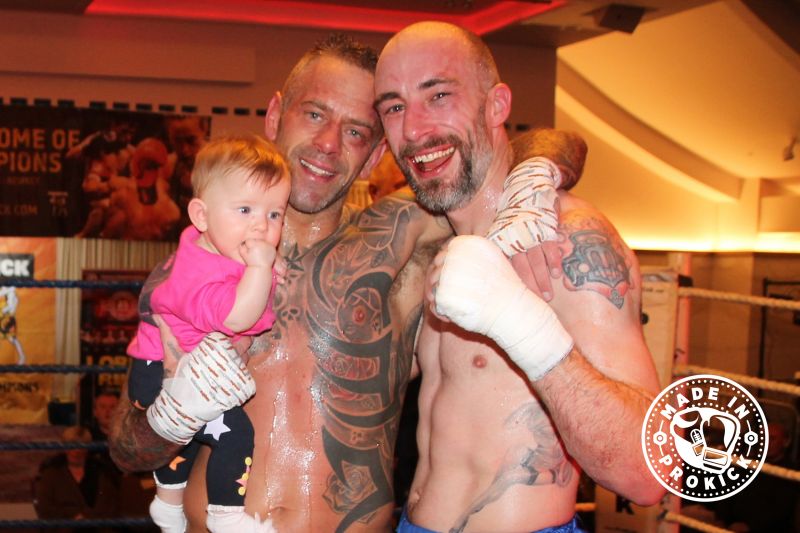 After the battle - Gary Hamilton celebrates his last outing as a fighter with his daughter Evie and tough Scot, Duglas Morrison.

A true world title contender: It wasn't all a step back in time as Johnny ‘Swift’ Smith topped the bill with a future World Title fight on the horizon. All he had to do was get past Shuhei Sone from Japan. A strong first round for Smith with his trademark low leg kicks and combinations working, set him up for a dominant second round. A stepping right hook wobbled Sone, with a combination finishing on a knee putting him to the ground. Smith looked for the finish immediately and within 30 seconds Sone was on the canvas again. The Japanese fighter wouldn’t give up though, biting down on his gum shield, he gave everything he had to get back in the fight. Smith cornered him and laid down a barrage of body and head shots. Referee Bob Hunter had seen enough and stepped in to stop the fight. Ulster Hall next for a WKN World title June 2020. 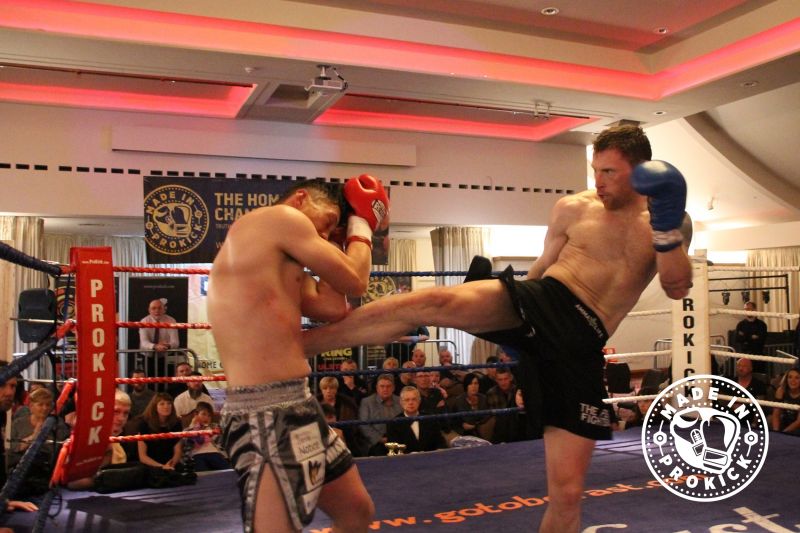 Round-Kick, Johnny ‘Swift’ Smith topped the bill with a future World Title fight on the horizon. All he had to do was get past Shuhei Sone from Japan.

A massive thanks to all our ProKick family who helped on this show, from the promotion and to building and dismantling of the ring, running lifting and & the collecting and returning all our visitors back the the airports. To all the people who purchased a ticket to support the show. My team, who are one of the hardest working & most loyal teams any trainer would be proud off. Someone asked me what's next, Japan is next - for three of my team which brings me to say a whopping thanks to everyone who bought a ballot ticket at the Lord Of The Ring event, we lifted a staggering £790 toward our fund for Japan.
More on this later. And of course a world title bid for Johnny Swift Smith next year!
Thank again for all the help...
Billy Murray