The Return of Gary "The Belfast Boy" Hamilton 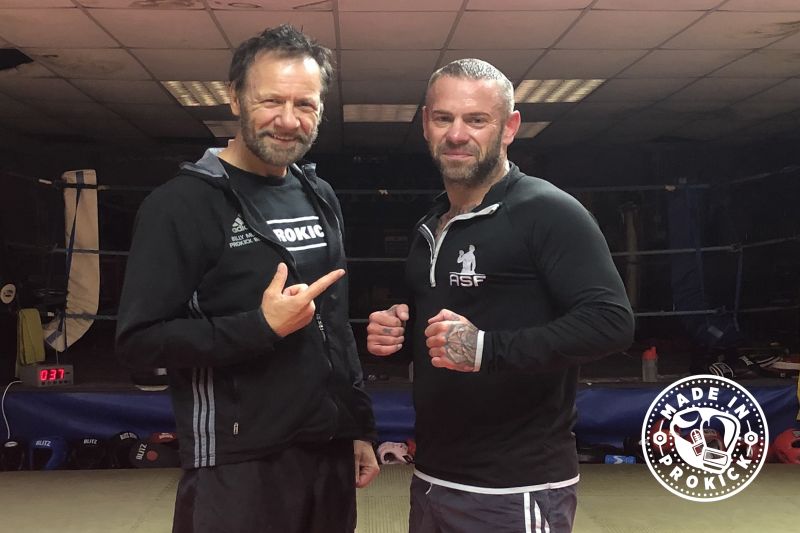 Billy Murray, long term coach of Gary: "Gary has been thinking about his return for a long time now, I told him if he was serious, then yes I would help him, he is!

The co-main event, partnering Johnny 'Swift' Smith's title defence, is scheduled for October 26th at the Stormont Hotel. Gary began his kickboxing adventure at the age of 15 at Prokick and has gone on to become one of the most decorated kickboxers in Britain. During the early 2000's, Gary reigned supreme over the Full Contact world in the Featherweight division.

Billy Murray, long term coach of Gary: "Gary has been thinking about his return for a long time now, I told him if he was serious, then yes I would help him. He has been back training for around 6 months, on and off, and he has convinced me that he definitely wants another match, whether it's a final match, who knows, rest assured he still has the talent and the fire burning within. We have three months until the event date and my job as a coach and a promoter is to make sure that Gary Hamilton will be the Belfast Boy of old."

The match was made in the Light Middleweight division, 72kg, and under Full-Contact rules over 7x2 min rounds.

Douglas Morrison’s coach Mr Albert Ross said: "Douglas has wanted this re-match with Gary Hamilton for such a long time after losing to him all those years ago. Douglas feels the time is right for this fight, and to win in Belfast away from home will be even sweeter."

Top of the bill, Johnny Swift Smith will make the first defense for his new crown on Saturday 26th October at the Stormont Hotel in Belfast. Swift Smith took the WKN Intercontinental Professional super-welterweight championship in Belfast. Smith won by stoppage over the tough Korean. This bout is also a WKN professional Super Welterweight World Title eliminator.

Fight fans will not be disappointed as we will have a stacked under-card, our Persian warriors will be back in the ring, to our talented teenagers, climbing up the ranks within title contention, to some of our hardened ProKick fighters wanting to make a mark for themselves.

Tickets are expected to fly out quick so don’t be left out on one of the best value for money fight shows in the country.

Tickets £20 standard, and ringside at £30 - tickets can be purchased in advance from here at ProKick.com