Johnny Swift Smith will make the first defense for his new crown on Saturday 26th October at the Stormont Hotel in Belfast. Swift Smith took the WKN Intercontinental Professional super-welterweight championship in Belfast. Smith won by stoppage over the tough Korean, Jihoon Lee in the fourth round (RSF 4th) in June this year. 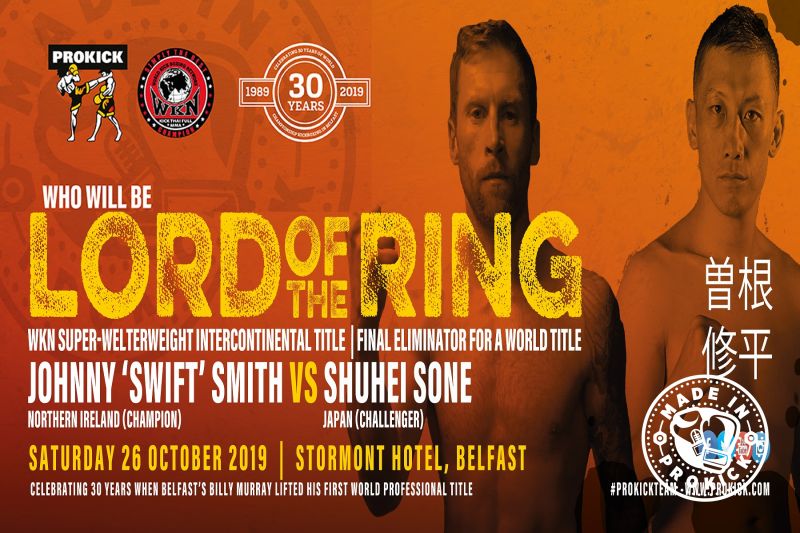 Swift Smith will face another tough Asian fighter, this time, a Japanese fighter from Tokyo, Shuhei Sone, who is nicknamed the “Suicide Attacker.”

Swift Smith will face another tough Asian fighter, this time, a Japanese fighter from Tokyo, Shuhei Sone, who is nicknamed the “Suicide Attacker.” Sone’s record stands at 25 fights 15win with 5 by KO, 8 lose and 2 draws - he also has an MMA professional record of 17 fights,10 wins and 5 of those wins by KO. He holds the Dream Gate 68kg championship. Shuhei Sone is no stranger in fighting away from home, as he’s fought on many occasions outside of Japan. He fought for an ISKA world title in France, loosing narrowly on points, other videos of the Japanese will be posted soon.

SHUHEI SONE vs WILFRIED in France

Smith’s coach Billy Murray shoots from the lip ahead of another great day of International Kickboxing coming to Northern Ireland. “ Everything Ive said about Johnny Smith, is ringing true; The WKN also said he is ready to challenge for a world title, but we have decided along with Mr Cabrera the WKN President that it would be best to have a defence of his new title first. The WKN (The World Kickboxing Network) have announced this match as a final eliminator to the world title.

“Johnny has been training non-stop with no break since starting way back in 2009 that’s when he had his first match. He has travelled to over 15 countries, fought as far as Japan, won a world amateur title, defended before turning professional and now is unbeaten as a professional with 10 fight, 6 by way of KO. He is so ready right now for this title defence match and we are 12 weeks away! To win big over the Japanese will set him up for the world title shot next year which hopefully we can have it at the Ulster Hall.”

Murray finished off by saying. “To be a professional world champion is one of the biggest prize for most sporting athletes, however, the task at hand and a very very dangerous one, so let's get this fight over first and win this title defence, then and only then we’ll look at the world title, saying all that, Bangor’s Johnny Smith will be a professional world champion.”

Fight fans will not be disappointed as we will have a stacked under-card, our Persian warriors will be back in the ring, to our talented teenagers, climbing up the ranks within title contention, to some of our hardened ProKick fighters wanting to make a mark for themselves.

Tickets are expected to fly out quick so don’t be left out on one of the best value for money fight shows in the country.

Tickets £20 standard, and ringside at £30 - tickets can be purchased in advance from tomorrow Friday 26th August only from www.prokick.com 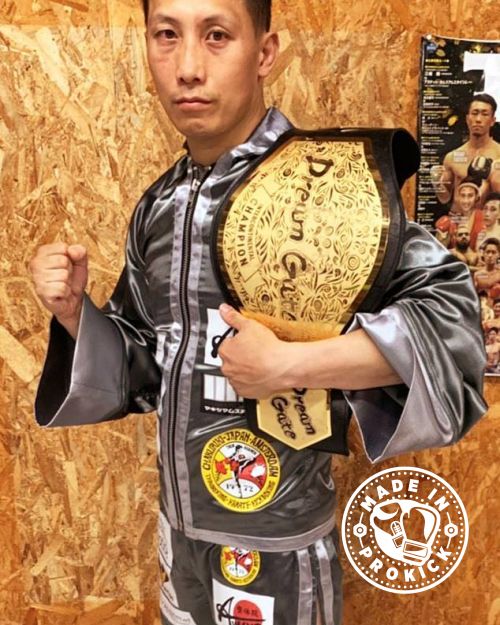 Sone’s record stands at 25 fights 15win with 5 by KO, 8 lose and 2 draws - he also has an MMA professional record of 17 fights,10 wins and 5 of those wins by KO. He holds the Dream Gate 68kg championship.
Visit the Prokick Archive