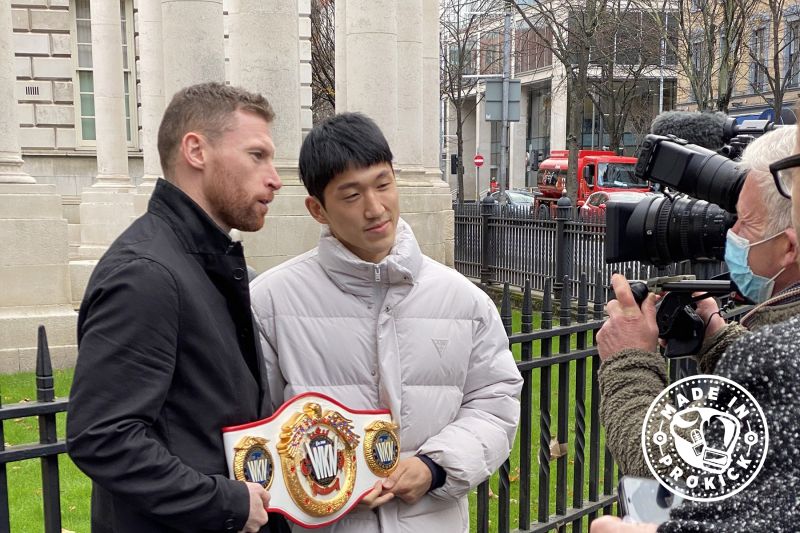 Details of what the two kickboxers were doing at the Belfast City Hall will be released later this afternoon. The pair seemed relaxed after the formal greeting and stair-down were over.

BBC sport captured the meeting by conducting interviews with the two protagonists. All being well the piece will be on BBC sport on Friday evening BBC1 NI

It’s all happening on this #BillyMurray promoted show; #KnockdownLockdown event this Saturday Saturday 27th November back at the Stormont Hotel in Belfast.

Three big WKN titles are on the line.
Check-out these Videos, and hear what the fighters have to say:

Smith's road to a world title

Snoddon is not fazed by Italian, Cingolani 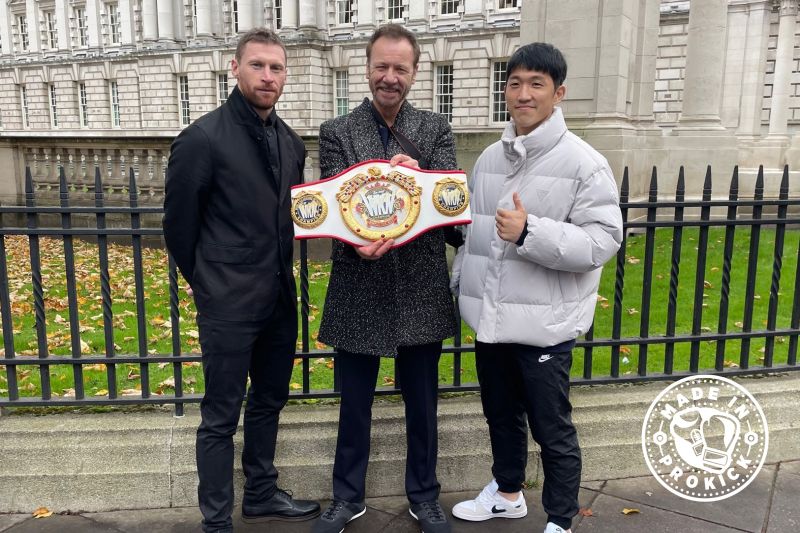 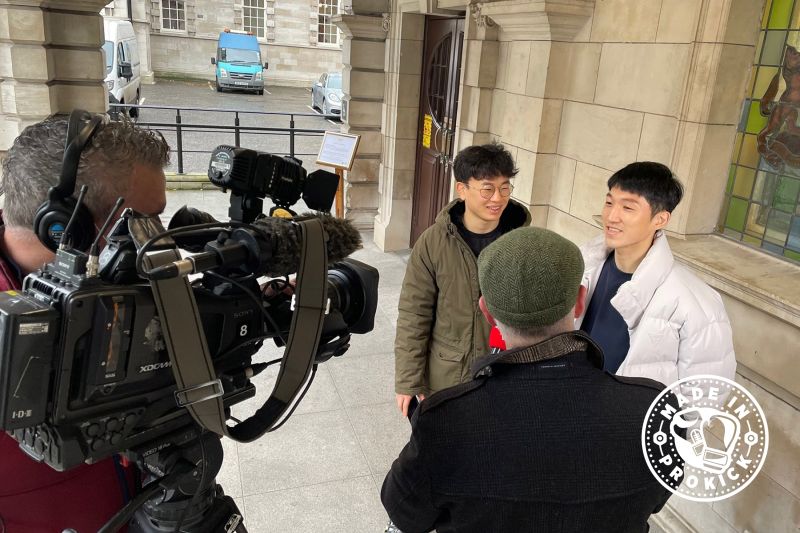 Sunghyun LEE, being interviewed by the BBC at the Belfast City Hall yesterday
Visit the Prokick Archive