On June 23rd ProKick's Welsh warrior Reza Davies will face Ireland's tough guy David McCormack from the famous Wolfpack gym in Athlone and it will all happen on the undercard to Korea Vs Northern Ireland at the Clayton Hotel in Belfast. 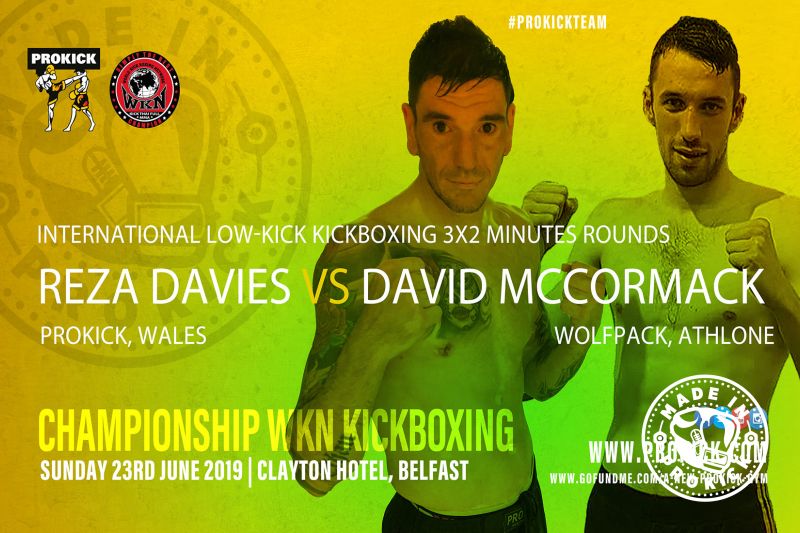 Reza Davies (Lisburn, ProKick) Vs David McCormack (Athlone, Wolfpack) - The two tough guys, Davies & McCormack are no strangers to the Clayton Hotel as both have fought and won at the city center venue. The match is under Low-kick rules and is made at 80kg over 3x2 minute rounds.

The #ProKickTeam will act as the supporting programme to the main event at the Clayton Hotel on June 23rd 2019. That's when top of the bill match, Johnny ‘Swift' Smith (Bangor) will challenge Korean fighter Jihoon Lee for the WKN Intercontinental professional title. The pair will fight over 5 by 3-minute rounds for the vacant WKN K1 style Intercontinental divisions crown at 69.9kg.