It will be Battle of the Big men as heavyweight kickboxing makes a return to Belfast on June 23rd at the Clayton Hotel. Jonathan McIlveen (Belfast) meets Stuart Hacket (Fraserburgh) in an all Celt affair that will see two big 100kg + men enter the ring as part of the supporting programme for #NorthernIrelandVsKorea - See more below:- 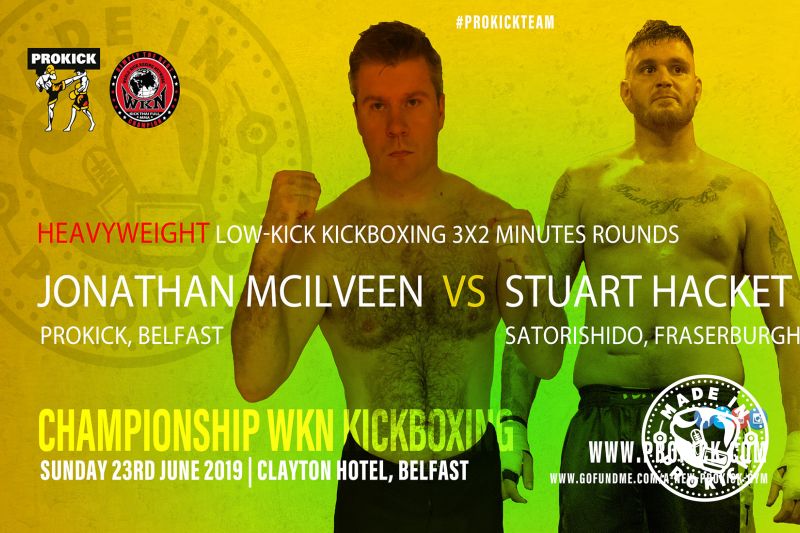 It will be a heavyweight explosion come June 23rd in this all Celt affair between Northern Ireland & Scotland when two big 100kg + men start swinging the punches and kicks in this low-kick kickboxing match up. Jonathan McIlveen (Belfast) faces Stuart Hacket (Fraserburgh) and will act as the supporting programme to the main event at the Clayton Hotel on June 23rd 2019. That's when top of the bill match, Johnny ‘Swift' Smith (Bangor) will challenge Korean fighter Jihoon Lee for the WKN Intercontinental professional title. The pair will fight over 5 by 3-minute rounds for the vacant WKN K1 style Intercontinental divisions crown at 69.9kg.