A message from WKN Boss Mr Cabrera to Belfast ProKick members - he stated he will be in Belfast on 12th September 2021 to support #BillyMurray s event #LockdownLockdown. He will jet in ahead for the fight date to support the event and to help oversee the televised event. However his message was met with a quick reply by #JohnnySwiftSmith. 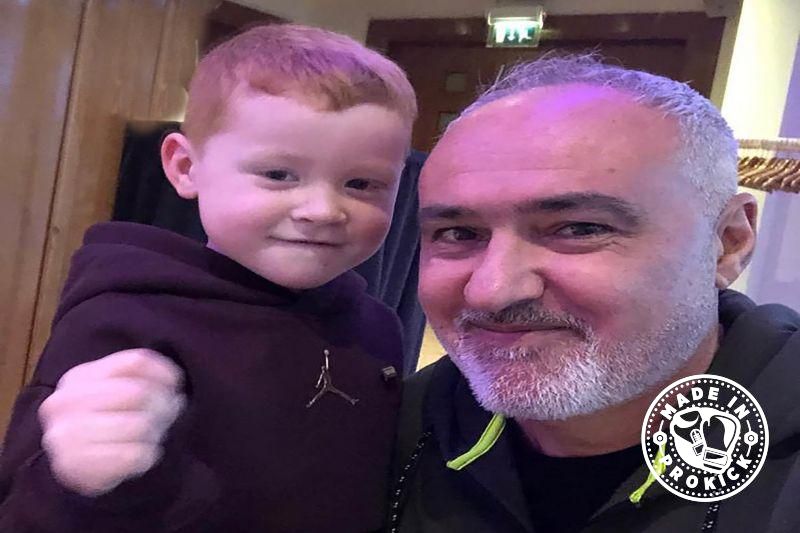 WKN Boss Mr Cabrera to return to Belfast to support Billy Murray's event on the 12th September. Pictured here with one of Murray's grandson's Leo Smith - the next generation of budding kickboxers.

Congratulations on your birthday Mr Cabrera, 21 again, 'wink wink' !
Mr Stephane Cabrera has not been in Belfast for nearly 2-years, the Coronavirus pandemic hasn't really helped.

Tickets and information can be found here