Ready for something to look forward to? Ready to say goodbye to lockdown life? Ready for a kickboxing show like no other? Look no further than ProKick’s Knockdown Lockdown! An international kickboxing bonanza served with a side of sensational food will ensure that we well and truly come out of this lockdown feasting and fighting! 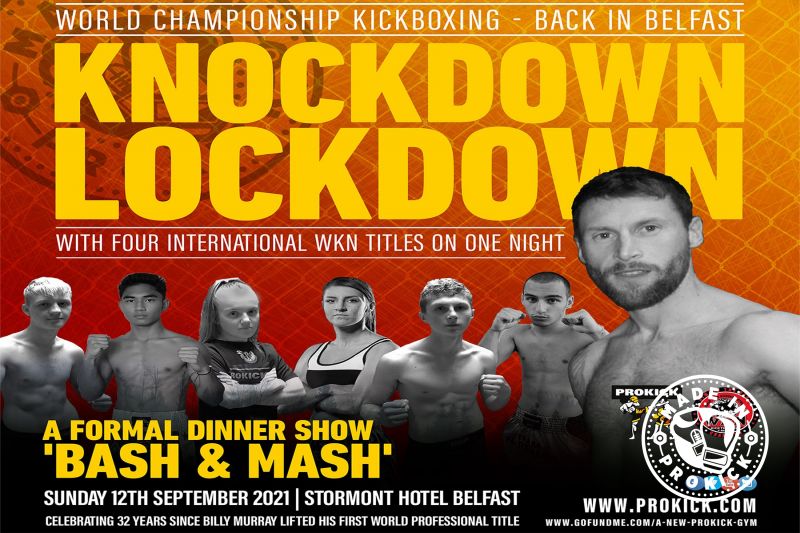 Ready to say goodbye to lockdown life? Ready for something to look forward to? Look no further than ProKick’s Knockdown Lockdown!

On the 12th September at the Stormont Hotel, we will have 4 overdue #WKN Championship matches, competitors coming from - #Korea #Germany #Italy & #Wales all facing the fighters from the host nation, #NorthernIreland and all for your entertainment.

This long anticipated card will feature ProKick’s young samurais; James Braniff is set for his first WKN K1 British Title shot, Jay Snoddon will step through the ropes for a WKN K1 International Title and Grace Goody will go face to face with an experienced opponent for a WKN K1 European Title.

As if that and a fantastic meal wasn’t enough...Sunday 12th September...a significant date. 32 years since Billy Murray won his first professional World Title fight. Will history be repeated? Johnny ‘Swift’ Smith awaits his first shot at the WKN Professional K1 World Title. Knockdown Lockdown could well be the time.

Knockdown Lockdown is not to be missed. Lockdown has been counted out...make sure you are counted in!

Tickets are now on sale
Any and all profits from this event will be fully donated to the #ReBuildProKick fund. 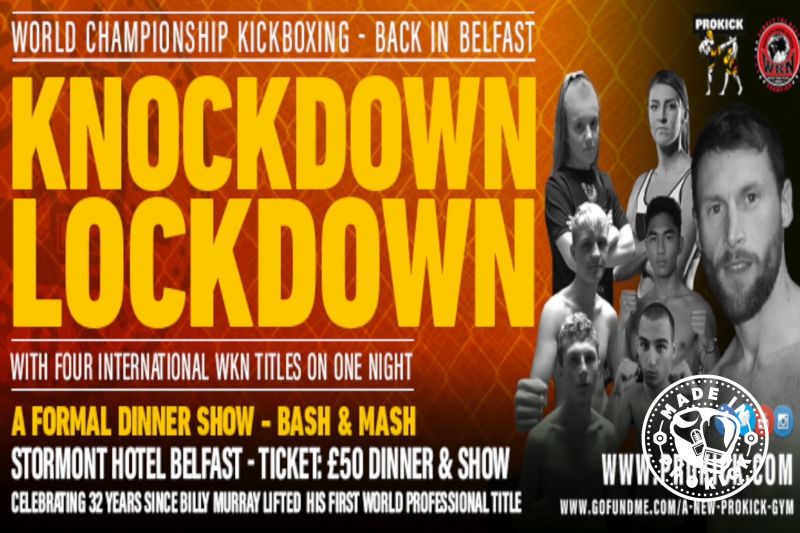 This is Johnny Swift Smith from Belfast, Northern Ireland. This is a little of his journey to get a shot at the WKN Professional Super Welterweight World Title. The event is on September 12th 2021 at the Stormont Hotel in Belfast.