ONE WEEK TO GO! The countdown has begun until Sunghyun LEE, a Korean kickboxing champion will face, Bangor’s Johnny ‘Swift' Smith for the WKN’s Professional Welterweight World Kickboxing crown. The breaking news was announced back on (Sunday 30th May 2021) by the WKN world office. The match was then rescheduled due to COVID travel restrictions - it’s now all going to happen on a #BillyMurray promoted show; #KnockdownLockdown event on Saturday 27th November back at the Stormont Hotel in Belfast. 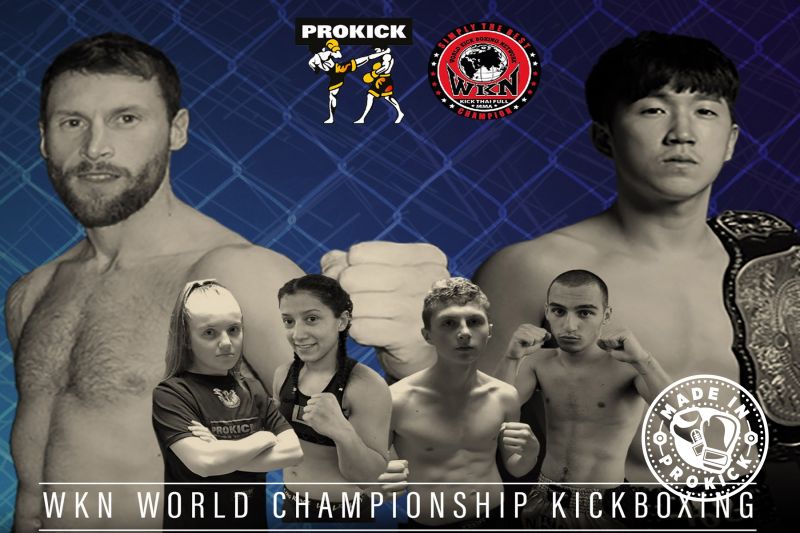 The Korean kickboxing star, Sunghyun LEE, will come to Belfast with an impressive 55 fight record, 47 of those all wins. He is a two devision Japanese RISE Champion both at 63kg and recently at 70kg devision - he also competed at the K-1 World MAX and got to the final 4. LEE, is also a recipient of the Korean K-1 MAX 70kg championship belt.

For Smith, this next fight will be his 11th professional match with six of those wins coming by way of knockout. Smith, a site engineering manager at Calor Gas in the shipyard, right in the heart of the city of Belfast - also held the WKN amateur Welterweight world crown and amassed an amateur fight record of 23F 17W 4L 2D. 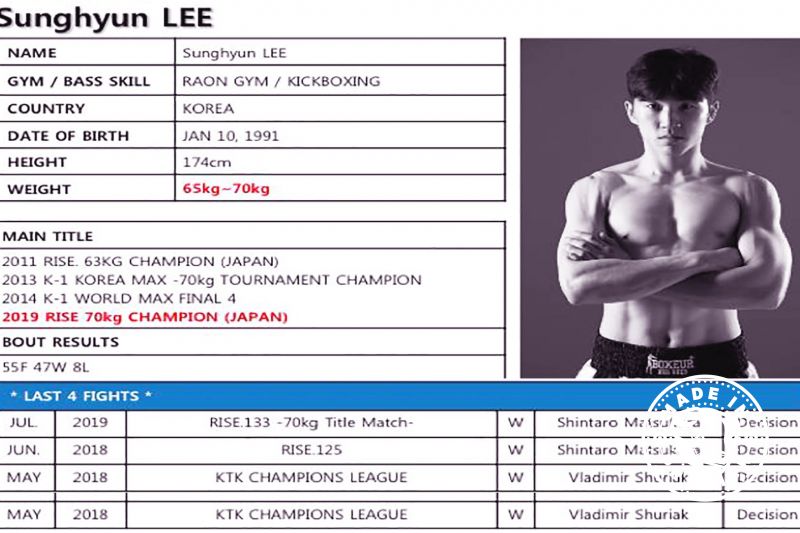 The Korean, Sunghyun Lee has held the Japanese RISE Championships both at 63kg and recently at 70kg devision - he also competed at the K-1 World MAX and got to the final 4.

In June 2019, ‘Swift' Smith made his intentions clear when he took the WKN K-1 Intercontinental crown from Korean fighter Jihoon Lee, in the 4th round by TKO. Smith, then put his newly won title on-the-line just three month later in October 2019. He faced another Asian fighter, this time, a Japanese fighter, Shuhei Sone. It was Swift by name and nature as Smith stopped the Japanese fighter in the 2nd round.

These two fights were a clear indication that ‘Swift’ Smith had one target in mind; the world title. The WKN certainly sat up and took notice and granted him his first professional world title shot which was due to take place in June 2020. However, due to the global pandemic which hit us all across the world - COVID-19 infected then floored Smith's plans for his dream fight for the world title.

The announcement from the WKN’s world office, Re Smith's opponent sent fight-fans into a frenzy they now can look forward to a World Title contest of epic proportion, right here in Belfast.
On the 27th November event at the Stormont Hotel, we also have 2 other #WKN title matches, competitors have now been confirmed from Germany & Italy will face fighters from the host nation, Jay Snoddon and Grace Goody from #NorthernIreland for your entertainment.

This long anticipated card will feature ProKick’s young samurais; Jay Snoddon and Grace Goody who will go face to face with an experienced opponent for a WKN K1 European Titles.

As if that and a fantastic formal dinner show with a three course meal wasn’t enough...

Knockdown Lockdown is not to be missed. Lockdown has been counted out...make sure you are counted in!

ProKick are delighted to announce that Datactics are back on board and investing in the next steps of the trio’s kickboxing career, along with Umbrella Protect Insurance - Company Haircutters - The Captains Table - Airtastic - Revlon and just confirmed are another big supporter of ProKick and Johnny Smith, they are - Amma Life.
Thank you all, means a lot to us.
Billy Murray

More supporter will for the event will be release soon.
If you are a business and would like to spread your footprint then please request an advertising pack from billymurray@prokick.com
We have a range of small to major televised opportunities associated with the #KnockdownLockdown 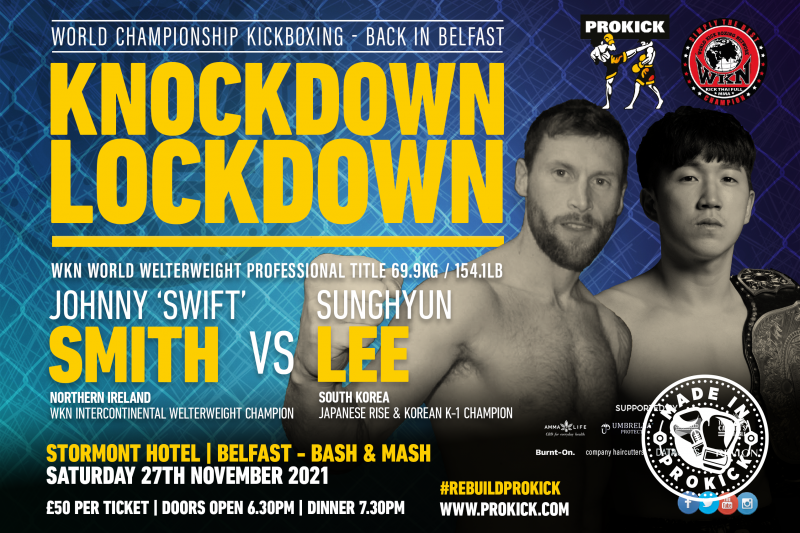 SOLD-OUT - Tickets are NOT available, pre-book your seat on-line HERE

Any and all profits from this event will be fully donated to the #ReBuildProKick fund.

Cingolani and Snoddon both talk ahead of Belfast BIG Fight