New Japanese K1 Champion, ProKick’s Grace Goody, from Lisburn, was crowned K1 amateur kickboxing champion in Tokyo. ProKick’s Grace Goody, 18, had prepared and travelled to Tokyo to fight for the ALL Japan K-1 amateur title at 55kg. At the last minute her opponent, Onuma Mizuho, (winner of the eastern championship) pulled out of the competition over fears regarding the Coronavirus. Given that this wasn’t an injury, the K-1 organisation deemed this to be a walkover win for Grace and stated that should she make weight she would receive the title of amateur Japanese K-1 Champion at under 55kg. Grace’s hard work and fight preparation paid off as she stepped on the scales at 54.7kg, gaining her the accolade of being the first non-Japan female to be crowned champion. 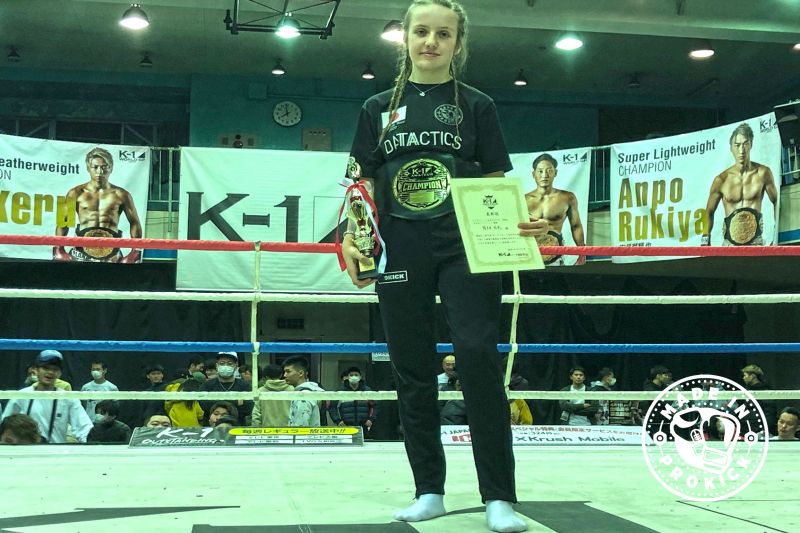 Grace Goody, from Lisburn, was crowned K1 amateur kickboxing champion in Tokyo on the 15th March 2020

James Braniff was up first and after a long wait, James Braniff, 17, was first up for the ProKick team. His Western 65kg title that he won in December had granted him a bye through the quarterfinals right into the semis. James had the definite height and reach advantage against his opponent and before long had cornered him after landing a number of head kicks. The referee stepped in and ended the fight before the bell sounded for the first round. 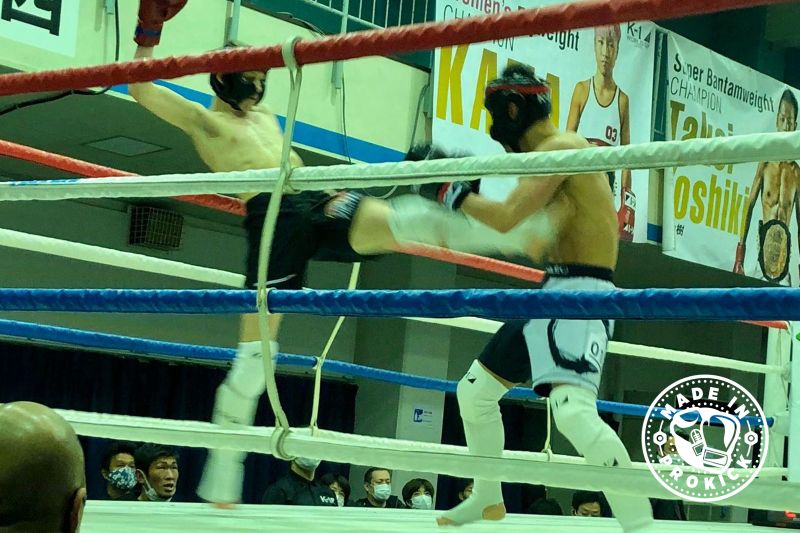 James Braniff, 17, kicked his way through to the final of the K1 championships in Tokyo on the 15th March 2020.

Jay Snoddon, 16, was out to avenge a close decision that didn’t go in his favour last time around in Japan. The young Dundonald fighter faced a tough opponent training out of the same gym as Mark Bird. (ProKicker, now living and working in Tokyo) Over the two rounds, both young men fought relentlessly, displaying skill and tenacity with Jay being dominant on the leg kicks. This lead the judges to make the decision in favour of the ProKick teen and the delight was evident as his hand was raised in victory. That wasn’t just 2 rounds of a fight for Jay, but forged and fought for when no-one was watching since he got back from Japan in December. 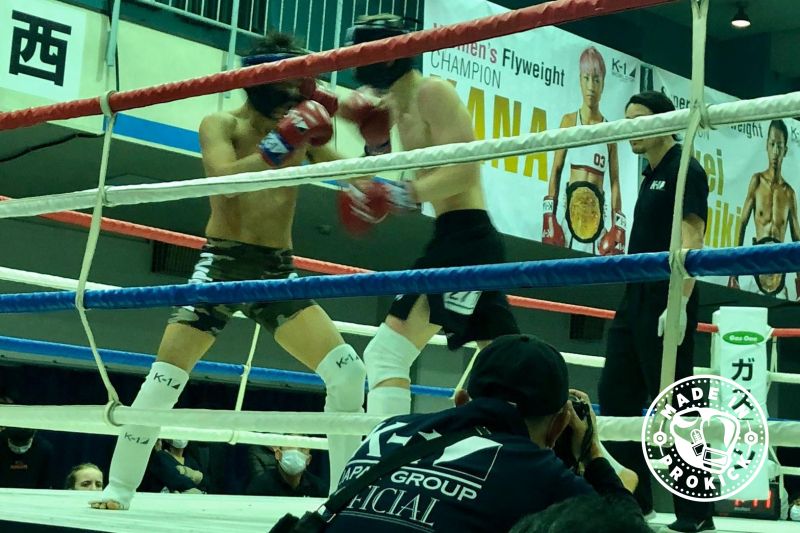 Over the two rounds, both young men fought relentlessly, displaying skill and tenacity with Jay being dominant on the leg kicks. Just took a split decision win with the judges.

Next up James’ final; facing a strong and experienced southpaw opponent, James took a while to settle into his groove, thinking of ways to counter a tricky front sidekick. By the second half of the round, his combinations started clicking and the fight was on. Unfortunately the final was contested over 1 three minute round and when it went to the judges, they saw the Japanese opponent as the winner. Nonetheless, James holds a 3-1 fight record in Japan, which is an incredible feat at 17 years old. 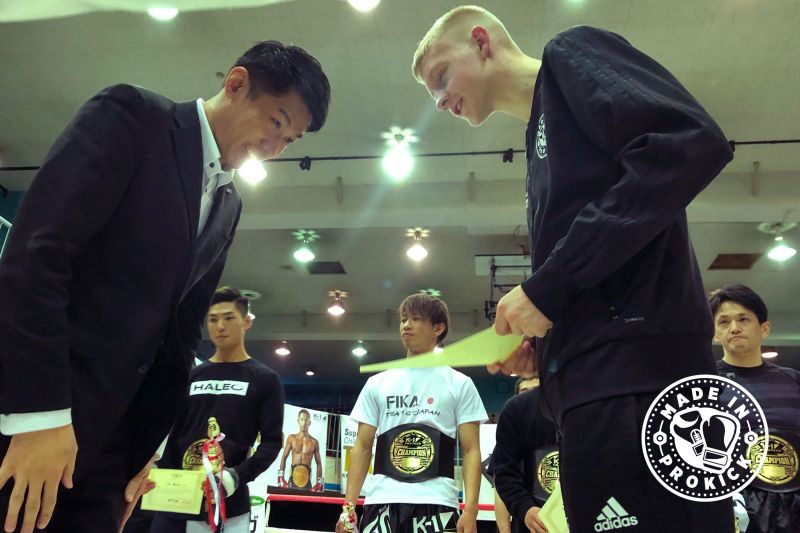 James is runner Up for the ALL Japan K1 title in Tokyo James holds a 4 fight record in Japan within 3 months and just one loss, which is an incredible feat at 17 years old.

A missive thanks to the people who help make financial contributions towards this trip:

ProKickers, Johnny Smith, Kathryn Warren, Susanne Russell, ProKick Gym. The parents of our team and the global technology firm based in Belfast, Datactics.

Check the teams blog from the trip. 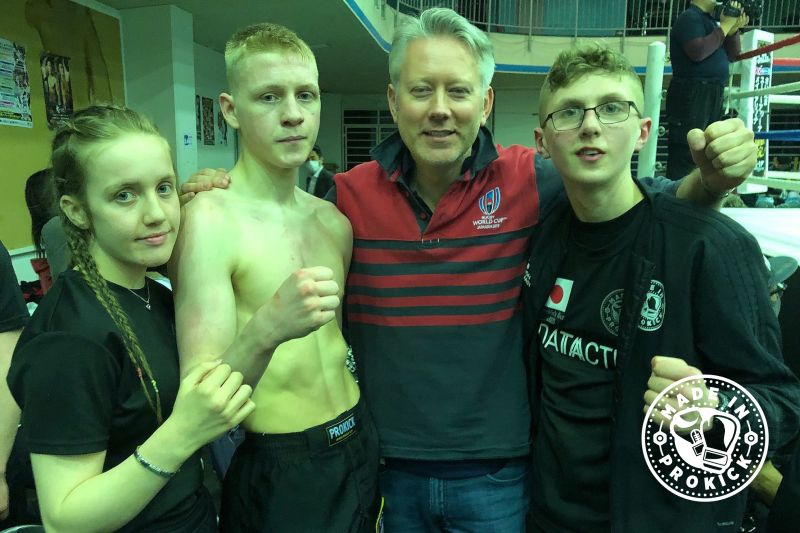 Mr Mark Graham from InvestNI followed up from the teams visit to a Pre St Patrick’s reception at the British Embassy Tokyo. Mr Graham sat through 4 hours of kickboxing to support the team.
Visit the Prokick Archive