It's Tokyo, Japan this Sunday March 15th 2020 for three of ProKick’s talented teenagers; Grace Goody, James Braniff and Jay Snoddon, as they are ready for another epic trip to Japan, to compete for the ALL Japan K1 amateur Kickboxing championships all set for this Sunday in Tokyo, Japan. Follow their movements from travelling to sight-seeing and watch them LIVE when they compete. 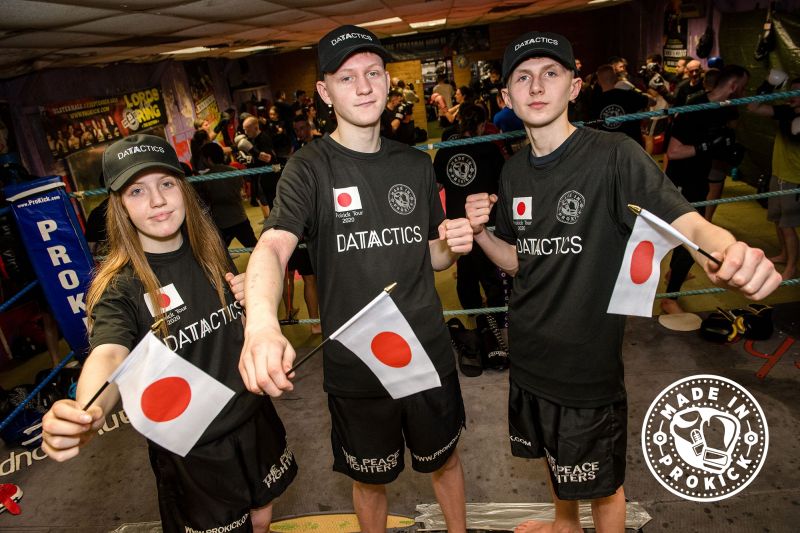 Follow the ProKick team, Grace Goody, James Braniff and Jay Snoddon, on another epic trip to the K1 event in Tokyo, Japan. The BIG Fights are this Sunday 15th March 2020. Watch them LIVE. 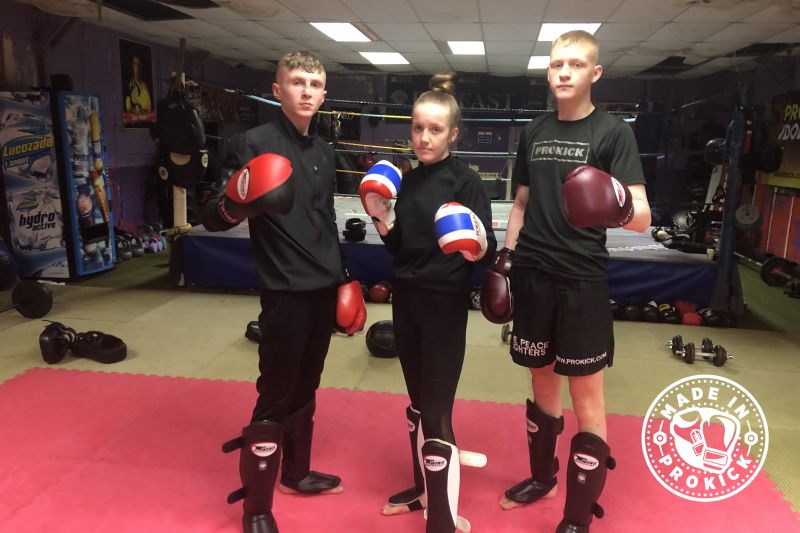 Last Training is Done before traveling to Japan 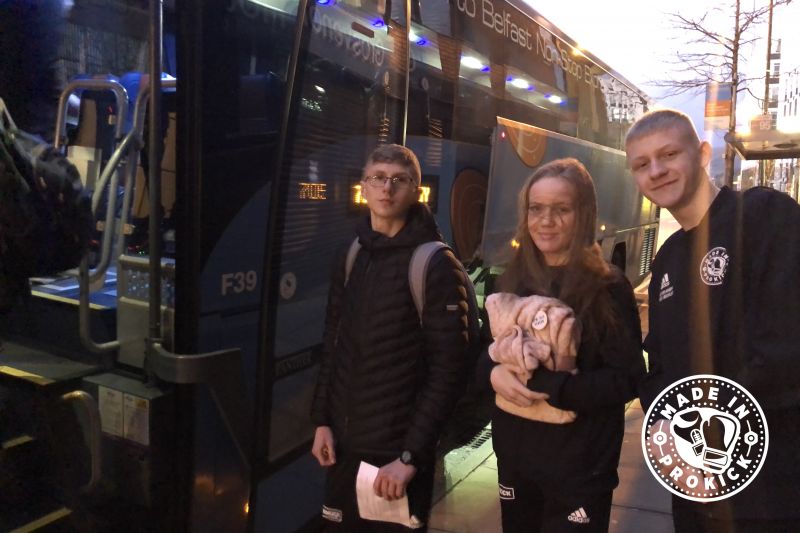 Here we go the Prokick Teens en-route to Japan 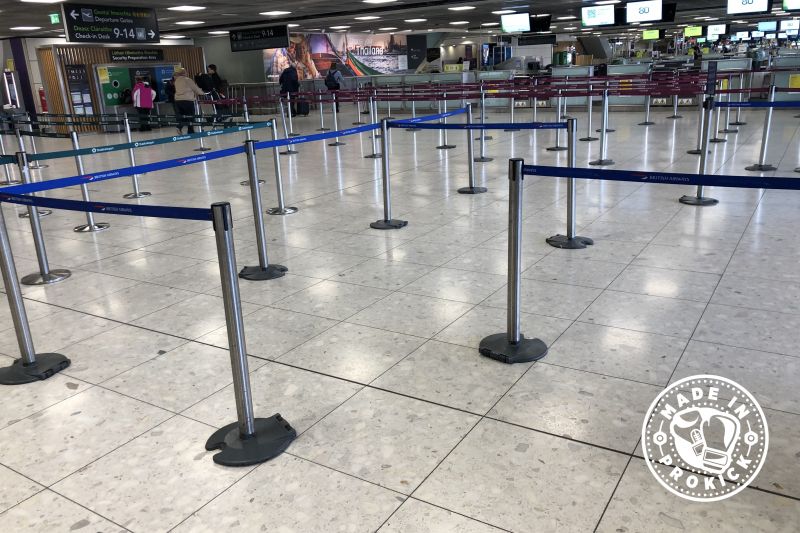 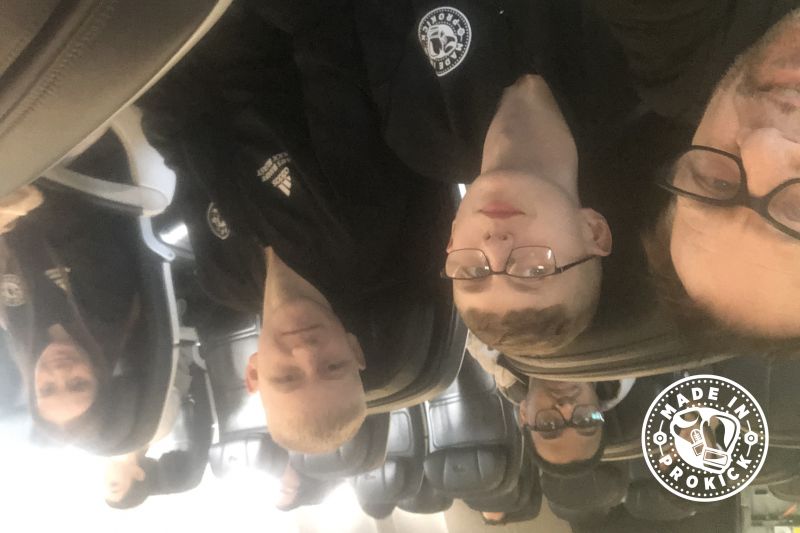 up up and away - Dublin to London 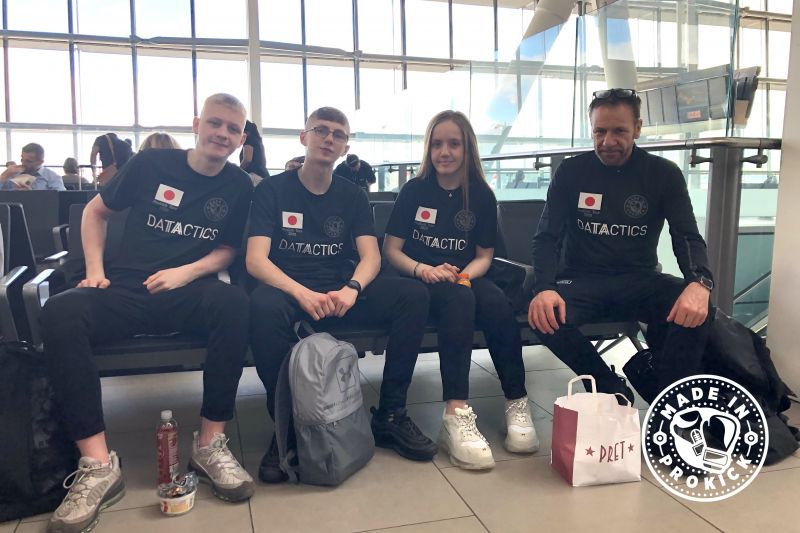 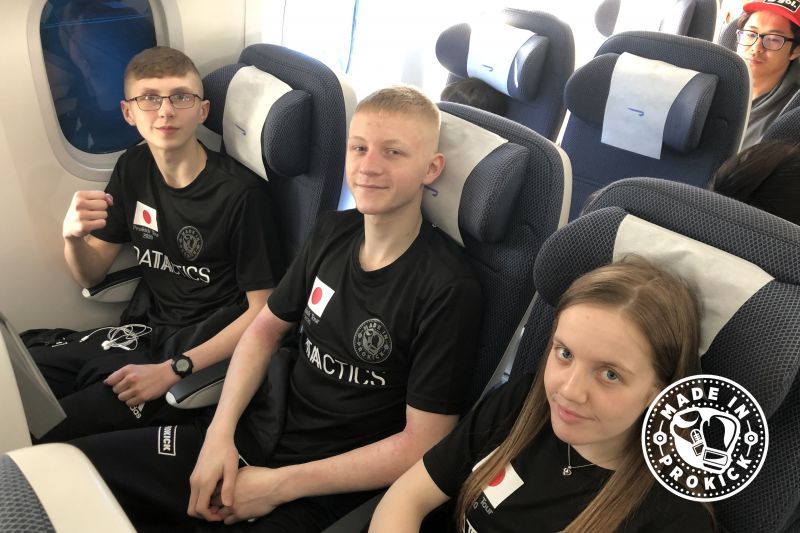 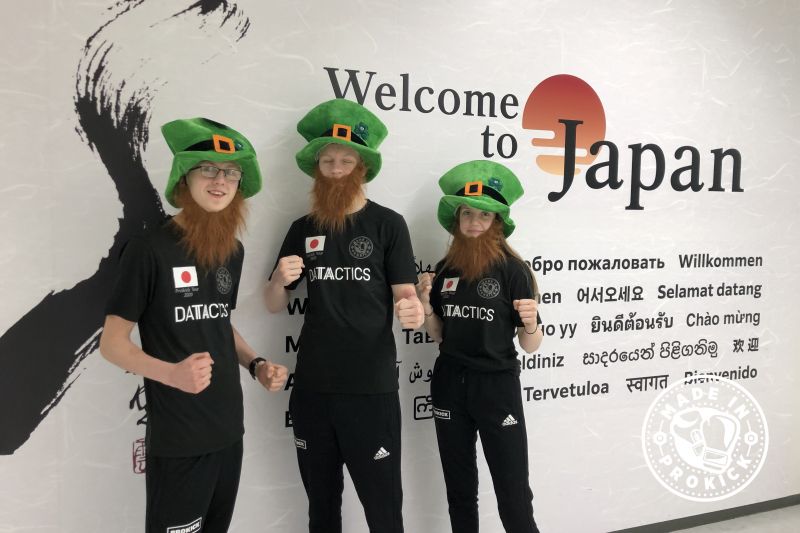 The fighting Irish have arrived in Tokyo for The K1 championships & it just happens to be St Patrick’s weekend. Good luck or what! 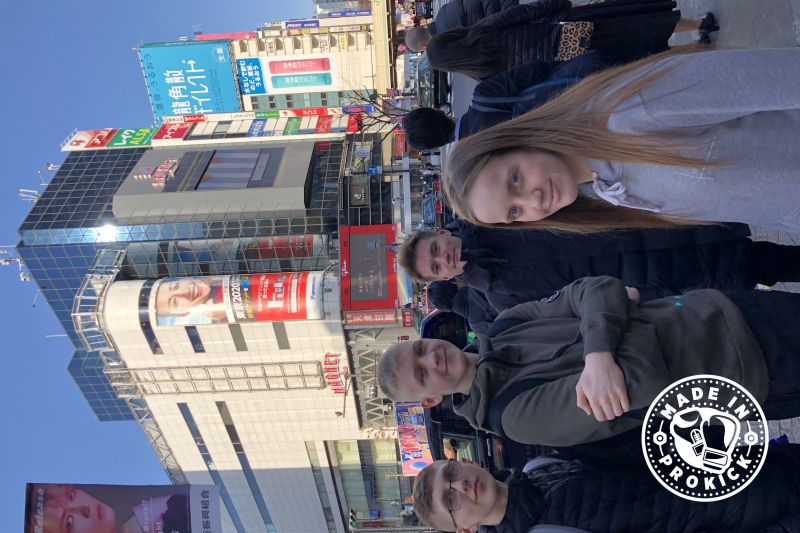 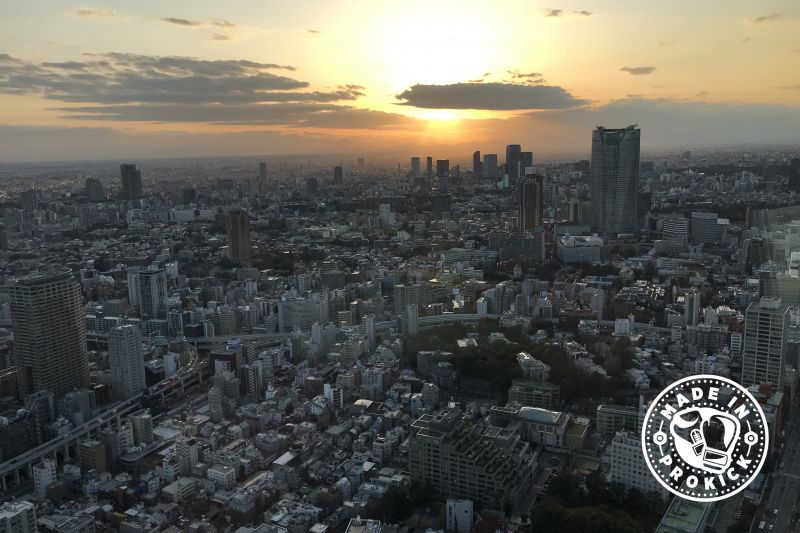 Beautiful view from the top of the Tokyo Tower! 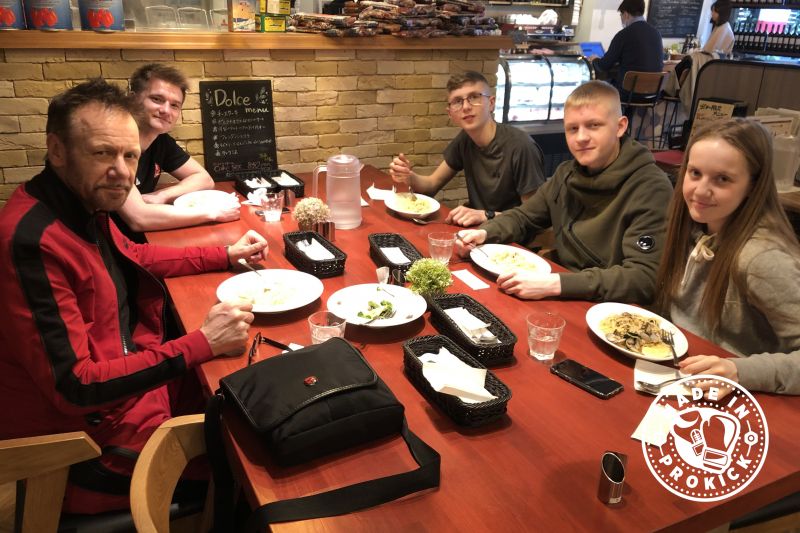 A quick tour through the Shinjuku area, lunch down town (not say what we had) 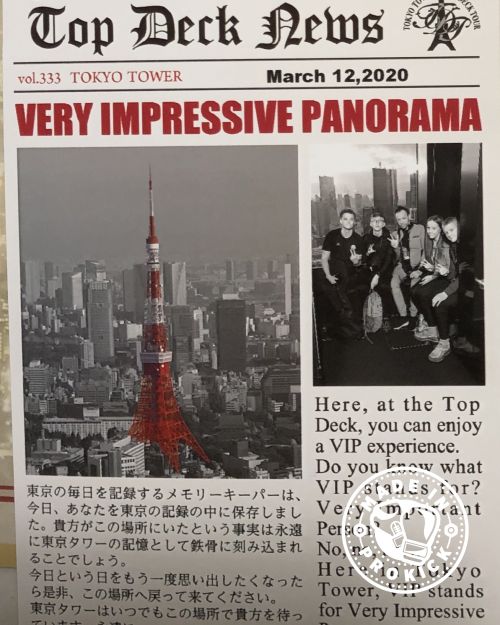 A must see for visitors in Tokyo- the Sky Tower 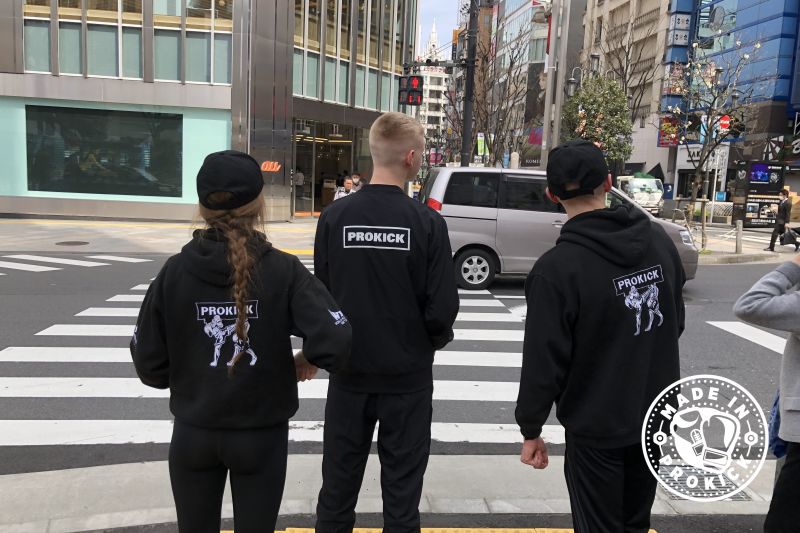 The team in Tokyo- Early morning run through Tokyo

Bus to Dublin, good flight Dublin-London then non-stop to Tokyo. All good flights, airports were easy with no queues or waiting around, dead actually with the flights half-full - this is all due to the Coronavirus out-break.

Arrived in Tokyo 45 mins ahead of schedule, a nice comfortable flight with BA. Customs in Tokyo, a dream. Straight through no hanging around or long delays.

A pleasant surprise meeting at Narita airport - our team bumped into K1 fight legend, Mr Peter Aerts and international matcher Mr Toshimitsu Nakazaki who will be back in Belfast for our June event.

The team collected their portable Wifi’s, made the express bus and 1.45 hour later hit Shinjuku.

Met former ProKick fighter Mark Bird at Shinjuku station - a quick 10 minute dander got us to the hotel. Showered up changed the team hit the ground running - a quick tour through the Shinjuku area, lunch down town (not say what we had). After lunch, next stop was the world famous Sky Tower with some of the best panoramic views over Tokyo.

Mark Bird, has been living, fights & working in Tokyo for the past 2 years. Mark just nailed himself a new job with group 360 a corporate personal training company offering top class PT’s to some of the biggest business people coming through the city. We have a grand tour of his premises, ‘Very impressive’ will have photos up later. 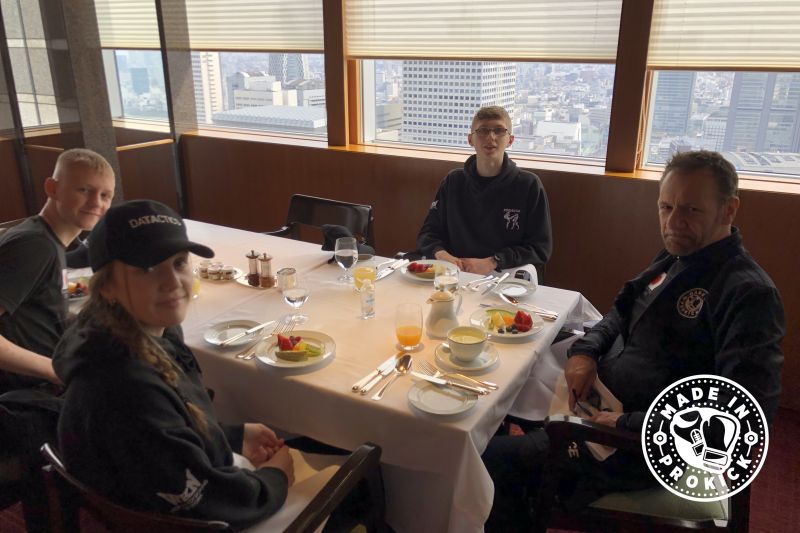 First up was a Run through Tokyo. We ended up at the Park Hyatt for the best breakfast in Tokyo. Unfortunately the CoronaVirus strikes again! Breakfast Buffet cancelled, so disappointing but the breakfast they give us was fit for a King along with an implacable exquisite Sevice.

Exploring the hotel where the movie lost in translation was filmed staring Bill Murray.

Running back to our hotel.... 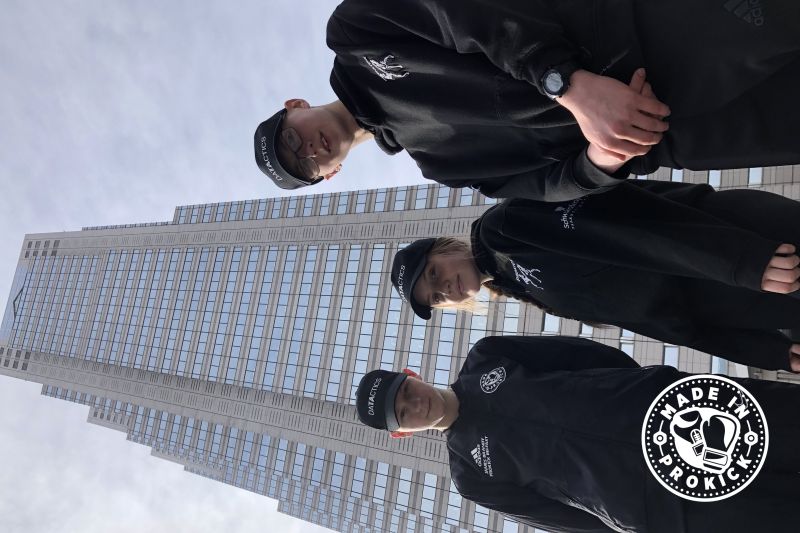 Day2 in Tokyo and it was Breakfast at Park Hyatt

Off we go - hitting the road again to meet Mark Bird at Tokyo Station for an exciting second day in Tokyo... later 👊🇯🇵 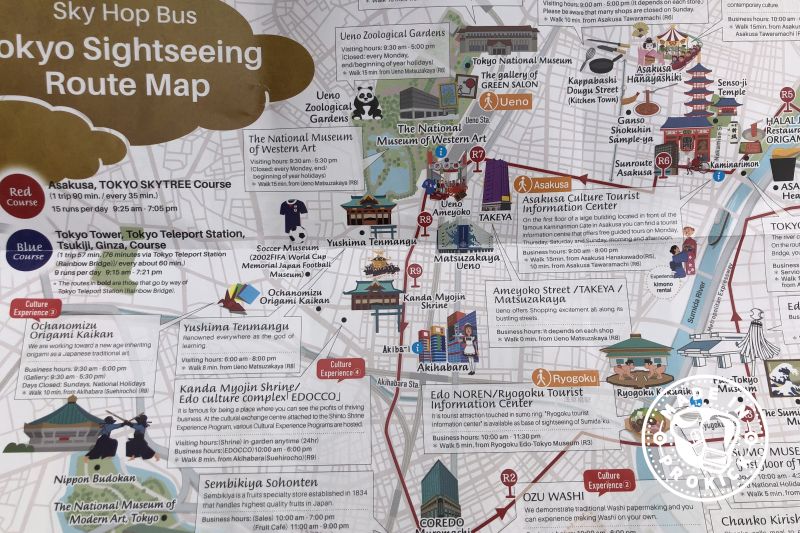 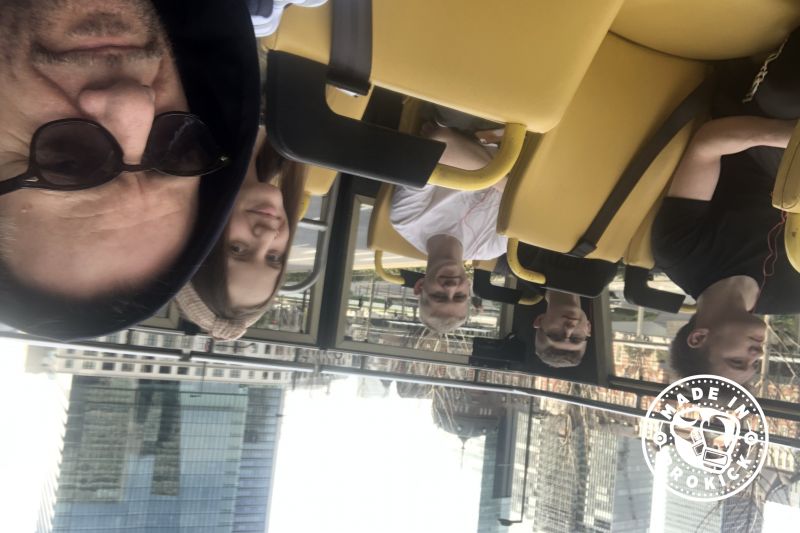 All aboard for the Sky Hop Bus - the squad 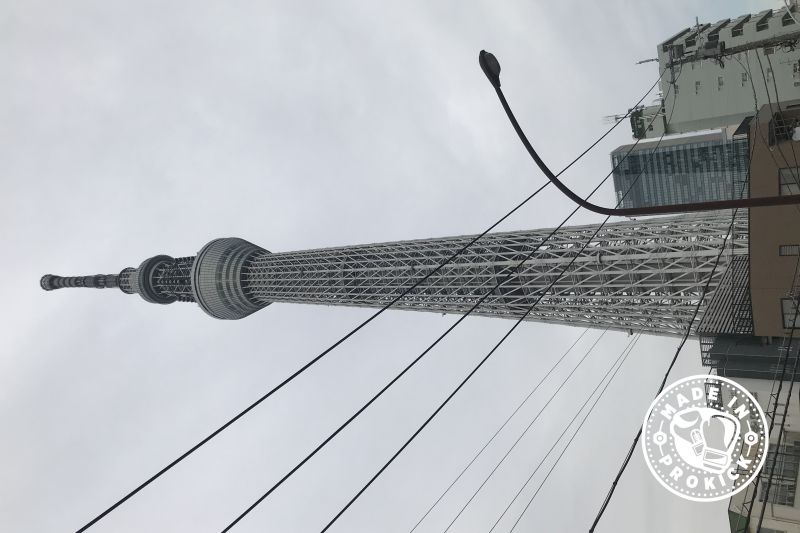 Three of Northern Ireland’s young sporting stars received a touch of #VIP treatment when invited to the British Embassy in Tokyo - all ahead of their #championship matches this Sunday.

The invite came by way from Mr Mark Graham from Invest Northern Ireland to a Pre St Patrick’s reception at the British Embassy #Tokyo.
We appreciated the invite and the warm welcome received from Mr Graham and his guests. A massive thanks to Mr Stuart Harvey from Datactics for setting the meeting up for us, it wouldn’t have been possible without your help. 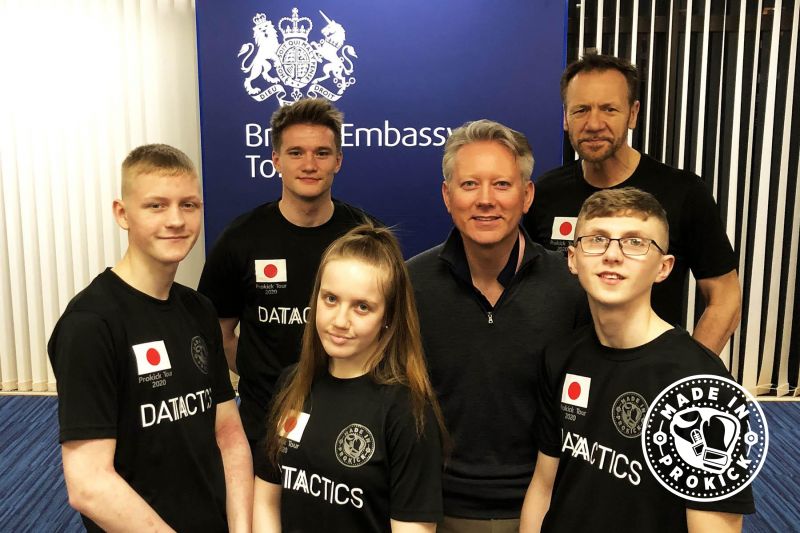 Day3 of ProKick 2020 tour of Tokyo, Japan.
Breakfast was good at the Granbell hotel, but it wasn't the Tokyo's Park Hyatt! I said before it must be the best in this city, if anyone know somewhere better in Tokyo please drop the team a line.
Off we went on a walking tour around the Shibuya area famous for the CrossRoads, (video will be post when we're home)
Met up with Mark Bird and headed to Harajuku and the world famous Kawaii Monster Cafe (again photo and Video later) the Kids were blown away with what they saw, we had a colourful lunch there too.
We started to explore Yoyogi Park for Japan's famous Cherry Blossom, until it started throwing down but not rain it was sleet. The Park is a must see we seen really none of it.

Back to Shinjuku, left Mark and we headed back to the hotel for an early night> 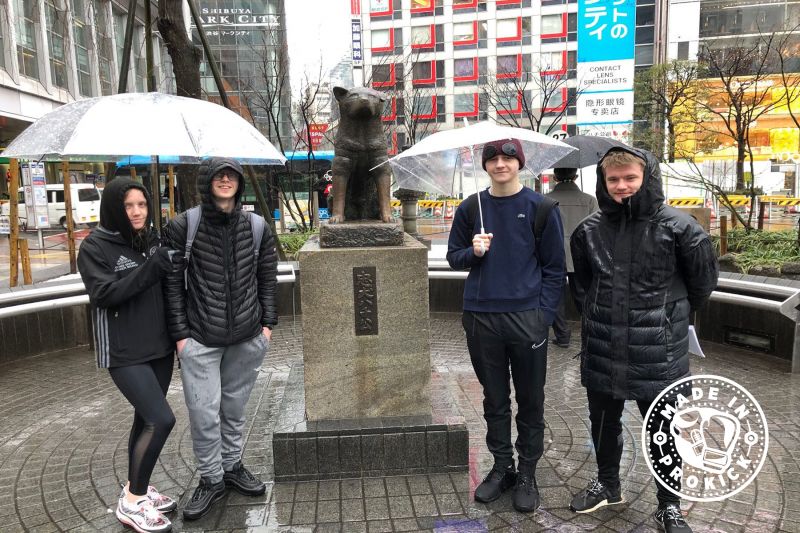 Famous Japanese Dog - The Hachiko statue in Shibuya is a homage to the faithful Akita dog who waited at Shibuya Station every day for his master, even after his death.

Japan's most popular meeting point in the heart of Tokyo

One of Japan's unofficial landmarks, the Hachiko statue in Shibuya is a homage to the faithful Akita dog who waited at Shibuya Station every day for his master, even after his death. Today, it's one of the most popular meeting places in Tokyo.

Hachikō was a Japanese Akita dog remembered for his remarkable loyalty to his owner, Hidesaburō Ueno, for whom he continued to wait for over nine years following Ueno's death. Hachikō was born on November 10, 1923, at a farm near the city of Ōdate, Akita Prefecture. Wikipedia 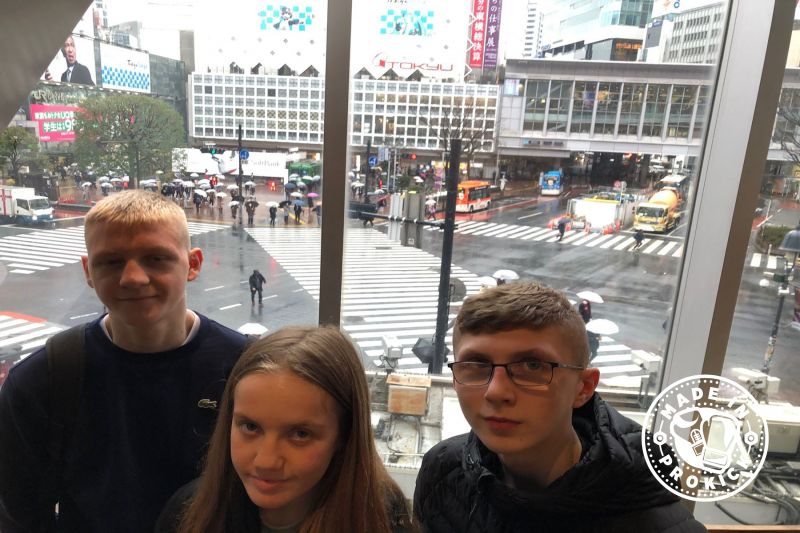 Shibuya Crossing, or Shibuya Scramble Crossing, is a popular scramble crossing in Shibuya, Tokyo, Japan. It is located in front of the Shibuya Station Hachikō 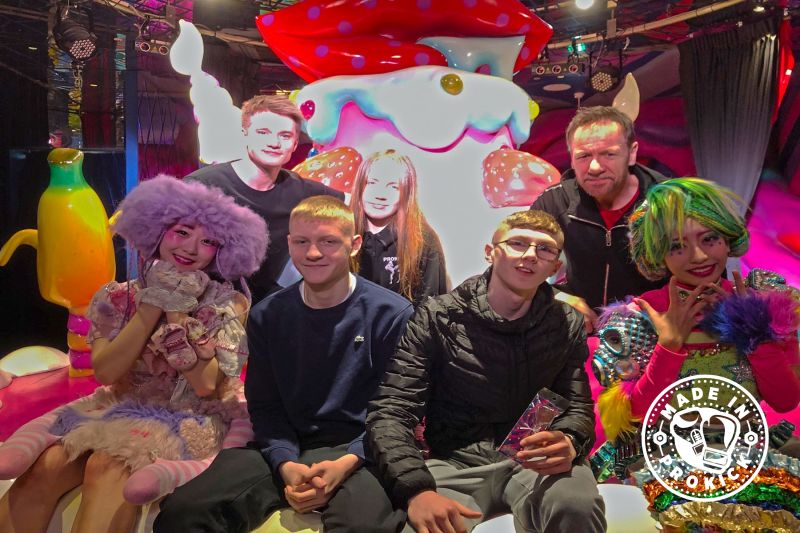 The Kawaii Monster Cafe, The Crazy Interior at Tokyo's Most Peculiar Cafe is in Harajuku, a most see if have the chance to be in Tokyo 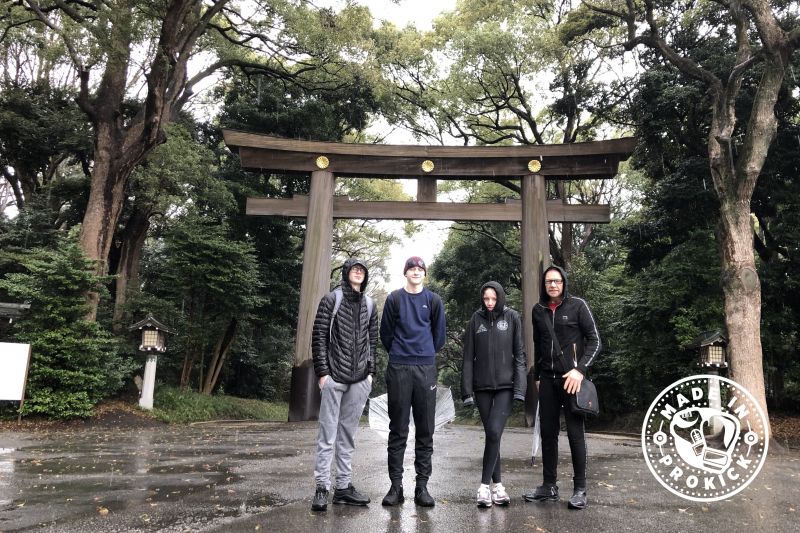 The team at Yoyogi Park is a park in Yoyogikamizonocho, Shibuya, Tokyo, Japan, located adjacent to Harajuku Station and Meiji Shrine.

Day4 - It's Fight Day 15th March and we are on our way to the venue. More from later. Watch the event LIVE 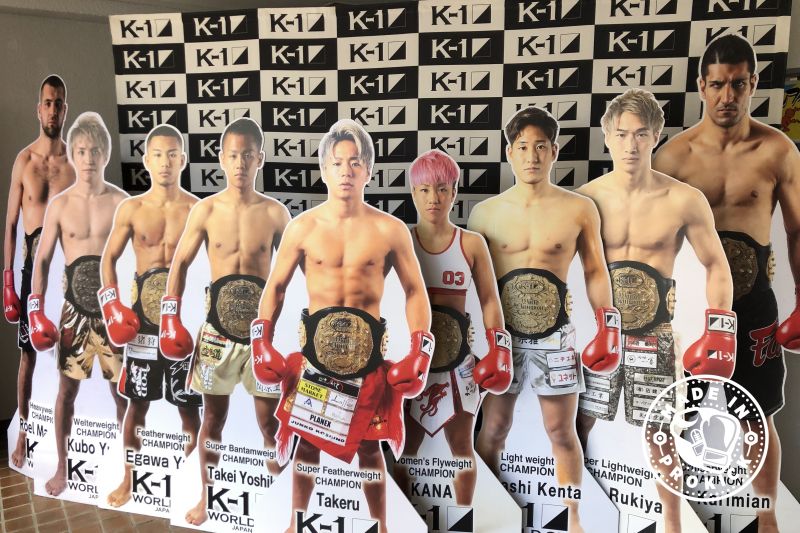 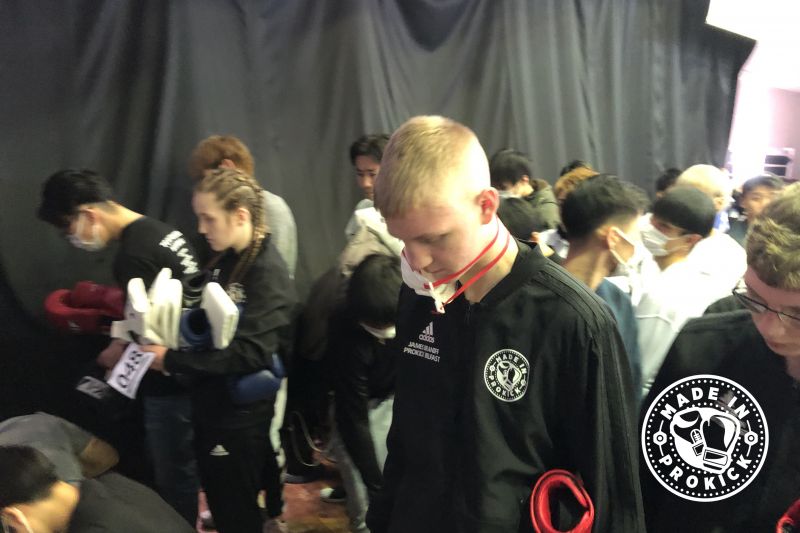 Weigh-ins done all hit the weight 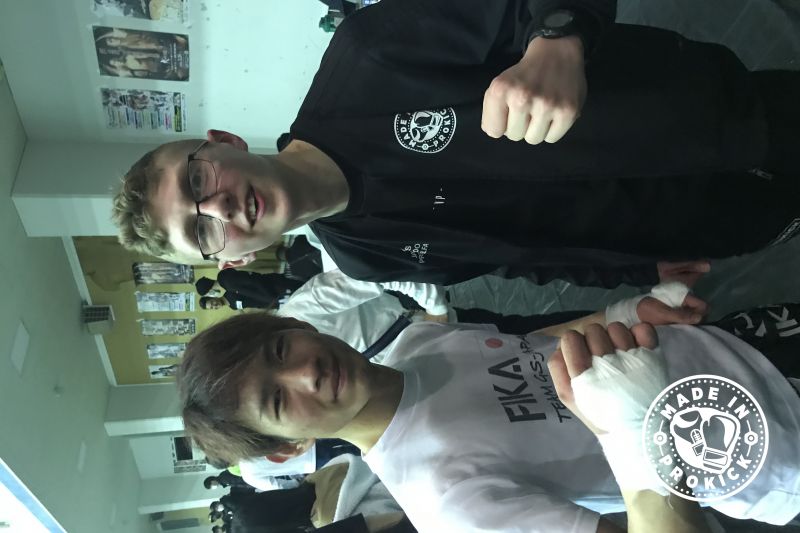 Results from Tokyo, Japan. A missive thanks to the people who help make financial contributions towards this trip: ProKickers, Johnny Smith, Kathryn Warren, Susanne Russell, ProKick Gym. The parents of our team and the global technology firm based in Belfast, Datactics.

And of course well done to my ProKick team of young champions, you were all great!
Roll on the next one. 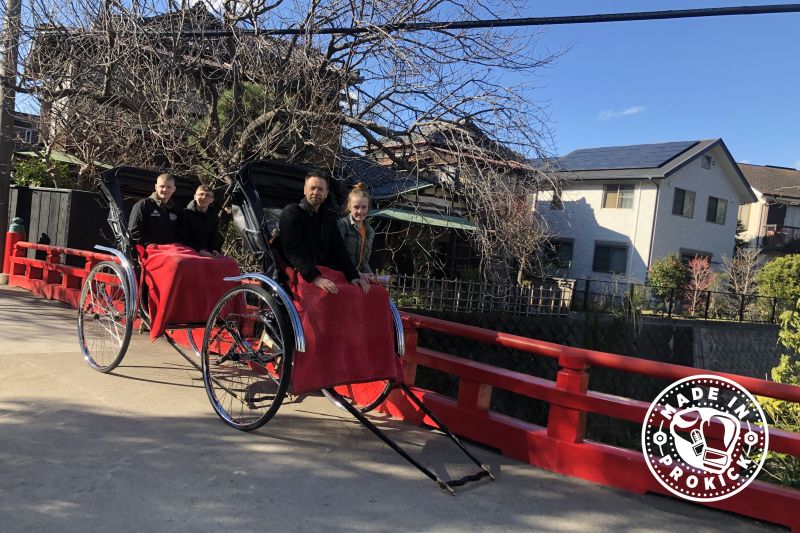