Think kickboxing and think of tough as teak no-nonsense men ripping it up in the ring? Well, think again. Here’s four talented ladies you will not mess with, as their not just there to make up the numbers. These fab-four (pictured) are gunning for glory this Saturday at the Stormont Hotel. 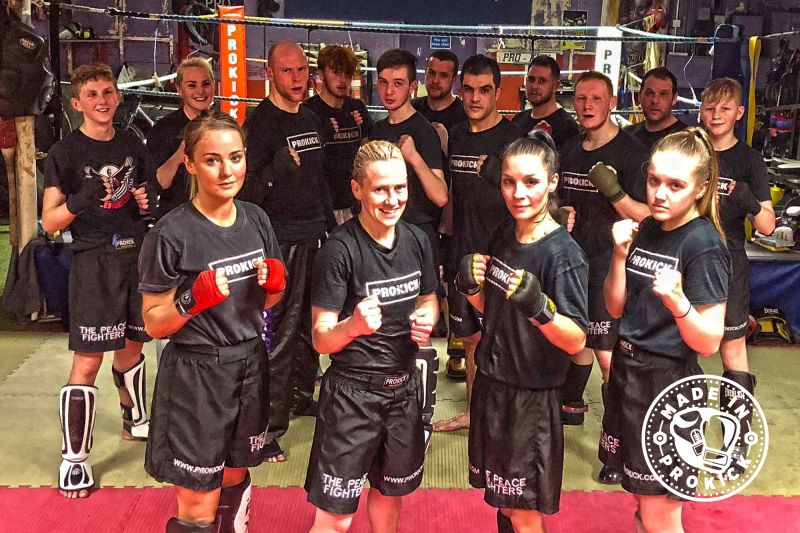 Perhaps not what first comes to mind when you think about kickboxing but the ProKick gym is bursting at the seams with girl power. One hundred years after women successfully fought for equal rights, Saturday night at the Stormont Hotel will showcase the fights of these leading ladies.

At ProKick, there’s no difference when it comes to training, the entire team mix it up together at the fight-camps, pushing and motivating each other giving their all, no matter their gender.

Billy Murray’s famed international kickboxing shows have taken place across the length and breadth of the country, but now they are back in his beloved East Belfast after eleven years away.

“I’m really excited about our return to East Belfast, our infamous tin hut gym is right in the heart of East Belfast, we’ve been training world champions there for 26 years. There’s a lot of hope and vision for this area so it feels like a significant time to bring the best fighters from across the world and showcase it. And to have a venue like the magnificent Stormont Hotel is perfect for what is set to be a memorable night of kickboxing action.” said promoter Billy Murray.

Belfast’s own Cathy McAleer tops the bill for her third K1 Style Professional Kickboxing fight, when Cathy steps into the ring against, tough Mixed Martial Artist Martyna Ciaskowska from Wrocław, Poland.
Disciplined, dedicated and driven; these words sum up crowd favourite Karate Queen Cathy McAleer. Saturday night’s show sees Mac make her professional debut with her home crowd behind. Never to shy away from a fight, Cathy entered the professional ranks with two tough fights away from home. Since her last outing as an amateur in Newtownards back in June 2017, she has travelled to France and Italy to compete professionally. Third time around, with the roar of the home crowd behind, McAleer hopes to take her first professional victory. One thing is for sure, it’ll be non-stop action from the first to the last bell. Don’t miss the Mac-Attack!

The east Belfast, mum of one, Rowena Bolthas finally got the title shot she’s been dreaming of. Bolt, who works at the Ulster Hospital, will face two-time National kickboxing champion Kerry Doyle from the Top-Pro Gym in Carlow for the WKN All Ireland Championship 53kg division belt.

15-year-old Grace Goody, from Lisburn has been training in ProKick since she was 8 years old. A junior black belt, she added another belt to her collection in November 2017, as she travelled to Athlone and took the Junior Irish Schoolgirls title against Wolfpack gym’s Jade Molloy. This time, Molloy travels to Goody’s own backyard to contest the title again. Don’t be fooled by the ages of these two young women; they are full of grit, skill and commitment.

First-timer, Rachel McCartan, will step through the ropes in her debut bout. McCartan trains at ProKick alongside her mum, and what began as a family fitness affair has developed into Rachel taking on the challenge of competing. No doubt her training partner and mum will be there cheering the loudest in the crowd. 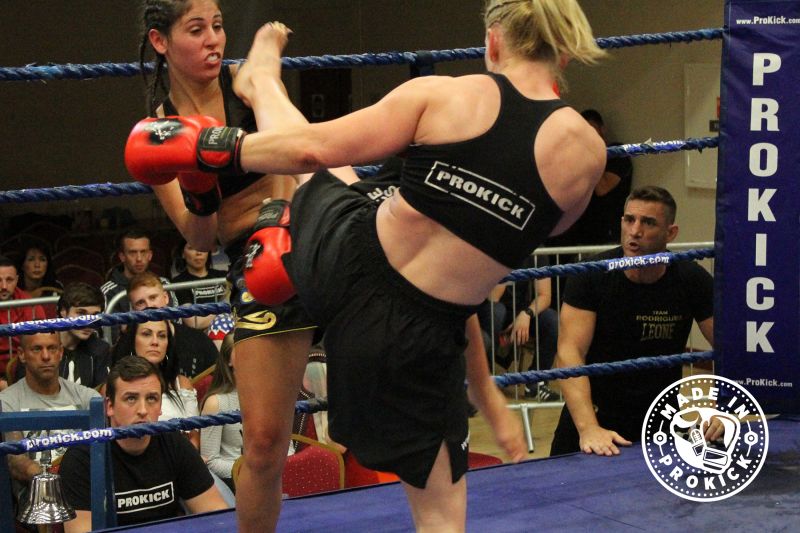 Action from Cathy McAleer who is Kicking out Vs Beatrice Marcialis (Cagliari Kickboxing, Sardinia)

So why the sudden surge in women participating and competing in the sport of kickboxing? We asked Head Coach, Murray for his take on it, “Our beginners’ classes are full of females of all ages 14-60 year olds, from all walks of life, with varying fitness levels and reasons for starting. We often find our ladies begin with a friend, their sister, or daughter and this shared experience and comradery can be beneficial in the early weeks. Our female fighters are great role models; they are dedicated, self-motivated and enthusiastic inside the gym. They aren’t only an inspiration for the girls, but I’m constantly telling the guys that they could learn a lot from them!” 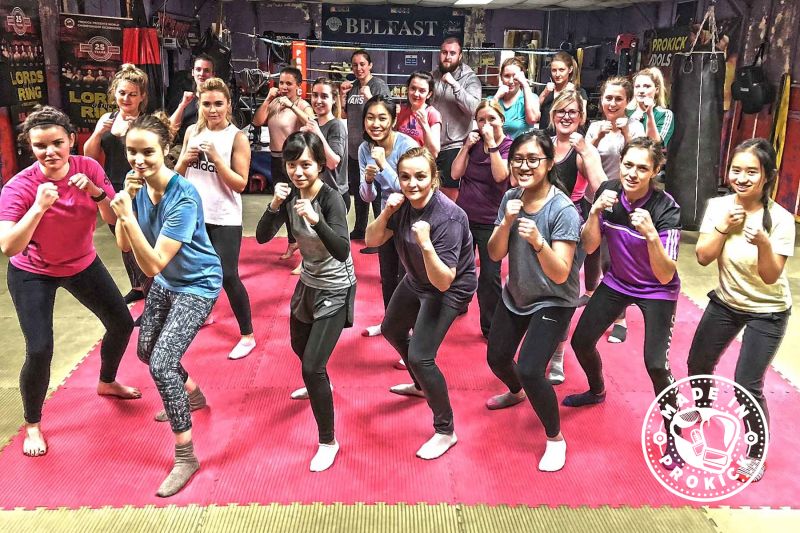 There are twelve fights on the Stormont Fight-Card this Saturday night, don’t you be left out in the cold. Grab one or two of the limited tickets while you still can, ‘and be there!

Direct ticket line call 028 9065 1074 or email, info@prokick.com you can even purchase on-line and have your tickets left at the door.