The old saying is: ‘when one door closes another will open' and that’s exactly what happened - like a lightning Bolt for Rowena. The current WKN Irish full-contact champion was scheduled to face current European champion Whitney Sheppard rom the famous Black Dragon Gym rom Galway. Whitney's coach informed Billy Murray that Whitney was advised to withdraw by Dr Niall Cronin due to a dental problem. Just 24 hours later and Rowena will go through the ropes this Saturday night at the Stormont hotel. Rowena now faces Maltese champion Diane Schembri, for the Flyweight WKN International kickboxing title. 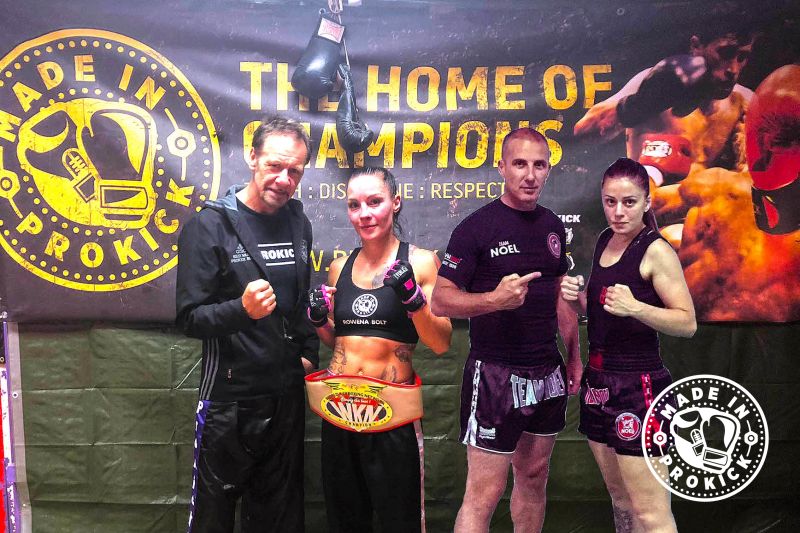 International kickboxing is back in Belfast this weekend and now the fight bill has a big title up for grabs with Rowena Bolt versus Diane Schembri from Malta. The pair are no strangers to one-another as they met back in November 2017 in Malta. That’s when Malta played host to 50 Northern Irish ProKickers in a big International kickboxing weekend. Rowena lost on a split decision over the 3 rounds under low-kick rules this time the match is over 4 by 2 rounds and again under low-kick kickboxing rules.

An exciting fight-card will be featured as normal at the Stormont Hotel - with Darren McMullan topping the bill in his homecoming when he squares off against Cypriot Nikolas Konstantinou over 4x2 minute rounds under K1-Style rules. Konstantinou is the 2017 champion of Cyprus and comes with a 20 fight record.

The semi-main event match will be a professional match over 3x3 minute  rounds with Belfast favourite Rafa Del-Toro from the Gran Canneries and hardened professional Stefanos Stamatiou from Cyprus.

Brining up the rear will be, Matthew Kerr, Charles Ross, and then the talented teens Jay Snooden, Joshua Madden. Two newbies will go through the ropes for the very first time, Lucy McConnell and Welshman Reis Davies.

Tickets are still available for this title match and can be found here at the ProKickShopor call into the ProKick Gym 028 9065 1074 for more information.

A massive thanks to the WKN Mr Cabrera