An act of Kindness

A simple act of kindness has restored my faith in humanity - As I’m sure you’re aware, we have recently started decluttering the gym, all preparing for the end of year move to our new premisses. An arcade game gathering dust at the Gym - 'Street fighter’ has been in the gym for the last 30 years . It was put online with the interest being phenomenal to say the least. A local collector seen our video and immediately offed a great and unexpected price for the piece. 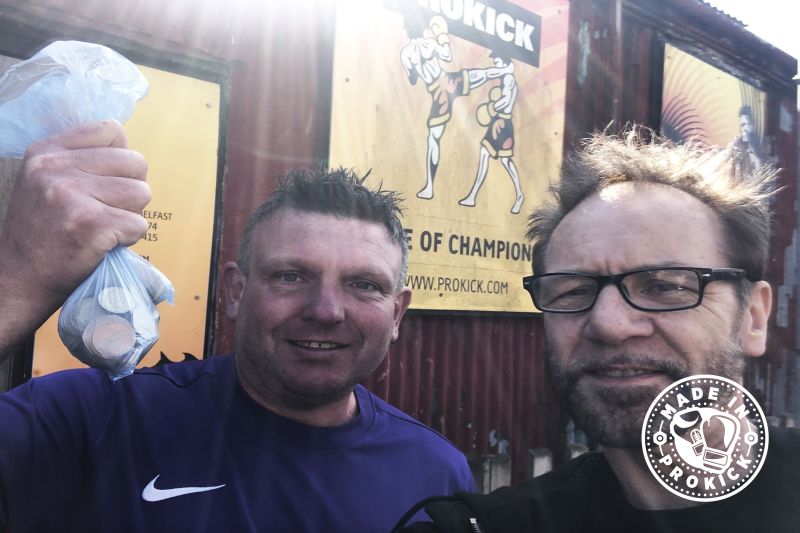 You're a Minter Glenn - This simple act of kindness has totally restored my faith in humanity and for the goodness that is within us all.

On collection of the arcade game, I mentioned that there was still some coins inside and to my amazement Mr. Glenn Murray said that he would return them when he opens the machine up, even-though that’s not why I mentioned, as he already give us a super price for the machine.

He went on to say , if there is money in it that he would return, sure it's for a good cause, he said. 'The rebuilding of the new gym.'

I thought to myself yeah right, heard that one before. But to my amazement - I received a call later that afternoon, saying that he was at the gym waiting on me.

He did empty the cash box and brought round an additional 80 odd pounds.

I was shocked to say the least, I thought I’d never see Glenn again, never mind bring me a bag of money.

This simple act of kindness has totally restored my faith in humanity and the goodness that is within us all.

Firstly, he paid us are really over-the-odds price for the arcade game and he stuck to his word by bringing back what was in the case box! He said, it’s all for a good cause.
Thanks again Glenn, we'll see you & your wife on the 12th September at the Stormont Hotel. It's was a pleasure to meet you.

The moral to the story, be nice to one another, spread a little more peace, love and kindness.