YOUNG warriors will take centre stage when International Kickboxing returns to the North Down and Ards district. THIS weekend Saturday the17th of September 2016, Billy Murray’s ProKick promotion team will roll into town and with them comes a host of International competitors for a kids event at the Queen’s Hall in Newtownards. 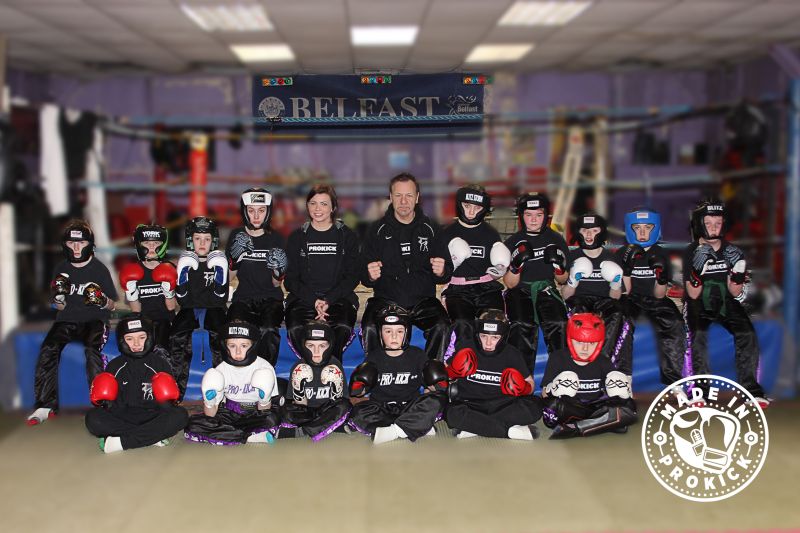 At the ProKick promoted Ards event, Kids as young as six years old will have an opportunity to climb through the ropes in a well controlled light contact kids event, all culminating to a bonus for the kids to witness four of Northern Ireland’s top fighters supporting their event.

Down fighter, female World Champion, Samantha Robb will feature on the event against Poland's Dominika Rembelska.  Also teenage sensations, Dundonald’s Jake McCreedy will face Malt's Courtney Vella, and Prokick’s adopted Swiss son, Killian Emery, will go head-to-head with another Maltese fighter Aiden Borg Catania also compete at the Queens Hall. Co-Topping the bill at the #ProKick event will be #MichaelSwann who #challenges for his first title belt - Swann a light #welterweight fighter will face #CathalDunne who fights out off the famous Wolfpack #kickboxing #Gym in #Athlone. The pair, Dunne & Swann will fight for the #WKN Irish Full-Contact crown on September 17th at the ProKick #Newtownards event to be staged at the #QueensHall.

“We haven’t staged an event in Co. Down for over ten years as most of our home shows have been set in Belfast, but that’s about to change.” said former World Champion Billy Murray. “I’ve had a long and successful Kickboxing and Martial Arts career in Newtownards. I trained and taught at the first Ju-Jutsu club in Ards with Sensei Davy Gracey in the early 80’s, then opened a Thai-Jutsu,and kickboxing club in Pound St for nearly a decade. That’s where I trained fighters & myself to win my first amateur and professional world titles. I also fought for Bobby Hamilton's winning Newtownards team, winning the Northern Ireland Karate championships in the mid 80’s. 100’s of fighters have passed through ProKick’s doors, over the years, with many talented competitors coming from Co. Down.”

Murray, now a trainer of 15 world champions, added. “We’ve had great success with Down fighters, three going all the way by winning world championship crowns. Who knows what the future holds for more possible champions coming from Co. Down, especially with the re-opening of a ProKick outlet at the Newtownards Leisure centre which is scheduled to coincide with the event at the Queens hall."

More details on the event at the Queen’s hall and the opening of a new kickboxing club set for Newtownards can be found right here on prokick.com in the days and weeks ahead.

Demo bouts 1x1 Minute Round - Plus round Robin

Fight-Card Subject to change without prior notice

So get your tickets for one of the hottest shows coming to the Ards Peninsula as ProKick will be bringing Ards fight-fans another spectacular.

Tickets are priced from just £5 for children - £10 for adults for outer-ringside seats and £20 for limited Ringside seats.