What a great experience for our young ProKick Kids, a trip they will never forget full of life experiences. There were highs, lows, dramas and a little tears too, but overall the team had a great time and did themselves proud. It was a mixed-bag of results at the event, it was a 50/50 win / loss ratio. 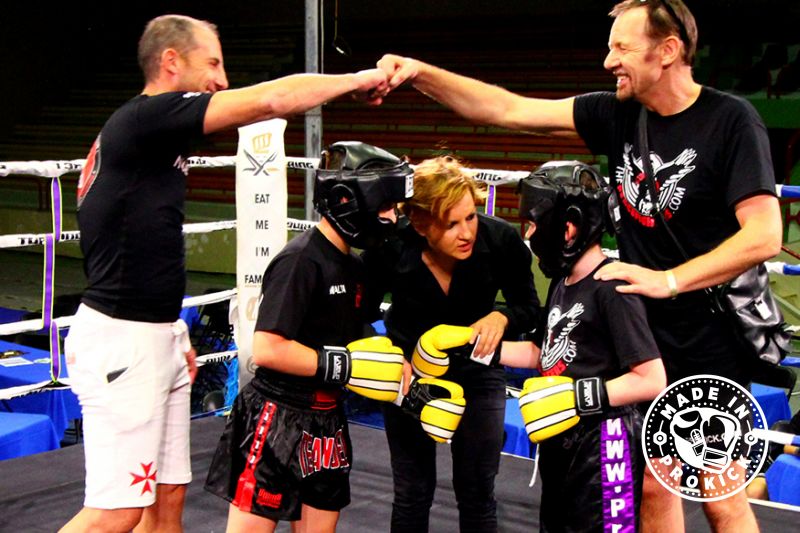 The team were on a three day whistle-stop tour, for a weekend of International competition and team building exercise. The younger ProKick high kickers competed under light-contact rules, whilst their adult team mates fought under mixed rules of full-contact or low-kick kickboxing rules.

I’m happy with the results and overall the way my guys preformed in Malta, said Billy Murray:

“ I’m not making excuses but most of our Kids have never entered a compettion before never mind climb into a boxing ring in front of a large audience in a foreign country to come face-to-face with a competitor for a fight. That alone is a massive step for kids aged between 7-12 years of age.” 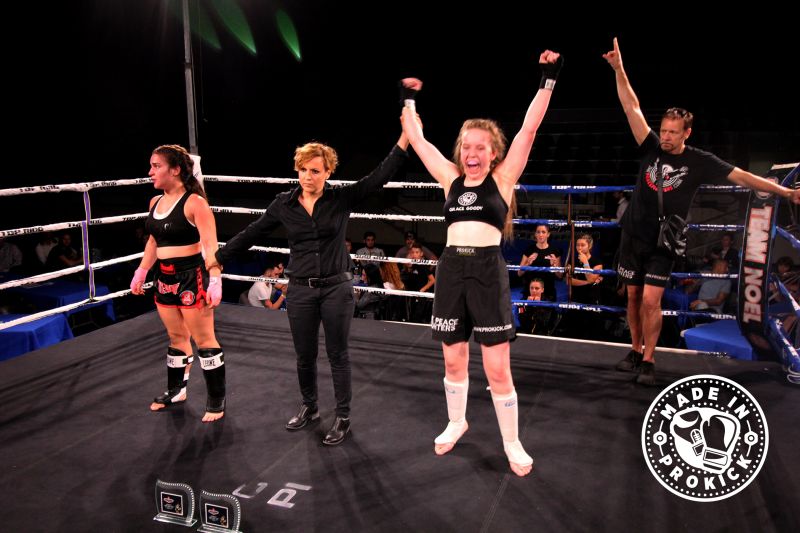 Seniors who fought under full-contact rules were:

Grace Goody, fought under low-kick rules was up against an aggressive fighter, however, Grace never lost her composure to win the match on all the judges cards.

Dougie Johnston, fought under low-kick rules. Dougie, the veteran of the group at 43 was in only his second kickboxing match and was involved in a war from start to finish with a younger fighter of 23 years of age. Dougie lost on a close points decision.

Matthew Kerr, fought under full-contact rules, this was Mathew’s first fight and on an international event. The Belfast fighter controlled the first two rounds with scoring in and out with his long boxing range. In the third the maltese fighter, Ryan Cachia knew he was behind and pushed Mathew in the last round but it wasn’t enough as Kerr took the nod form the judges.

Rowena Bolt, fought under low-kick rules lost on a very close fight on a split decision. This was a competitive match from start to finish, with ringsiders thinking that Rowena should have received the nod from the judges.

Camryn Brown, fought under full-contact rules. Camryn has been training at the ProKick gym for the last 8 years, also having his debut on the international circuit. The Grosvenor upper sixth student was on course for a win when in the third and final round both boys were kicking at the same time when a freak leg clash resulted in a bad break. Saying that, we’ve got him a Fit to Fly certificate to get home with the team.

Joshua Madden, another debutant under low-kick rules had his first fight away from home. He was up against another first time fighter but looked so experienced in his movement that coach Murray questioned this to coach Noel from Malta.
Saying that, Joshua pushed forward the entire fight not taking a backward step and out-boxed the maltese fighter Deemer Spiteri in the last round. Deemer Spiteri took the fight on points. 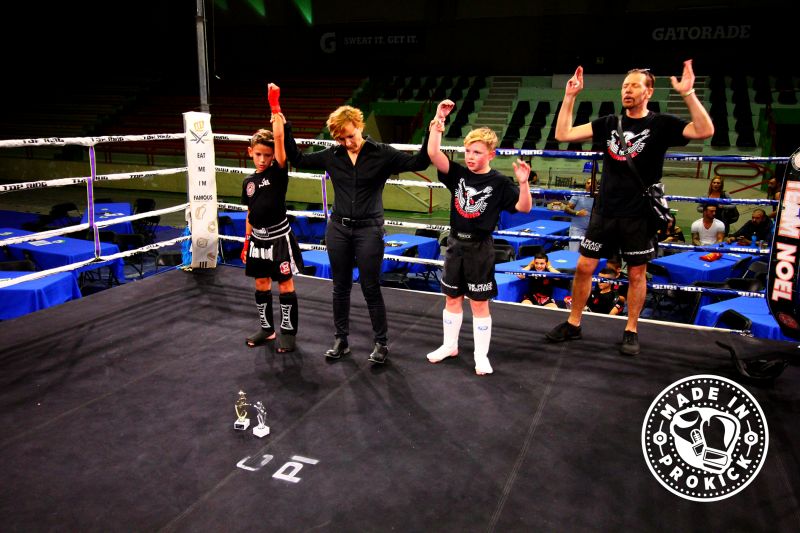 Rueben Graham (WINNER) (Prokick Northern Ireland) Vs Marley Banner (Team Jalen Malta)
Rueben weigh’d in at 24 kg and is 8 years old with Marley coming in at 28.2kg and the same age at 8 years of age.