KICKmas Day at the Clayton Hotel in Belfast lived up to the hype and delivered a clean slate to the #ProKickTeam. The Sell-out event brought a NEW world champion, two defending world champions a new ProKick professional, a school boy Irish championship and a win for a ProKick adapted son. The smart sponsored event helped the organisers put an extra kick into the event helping the team #FightHardThingSmart 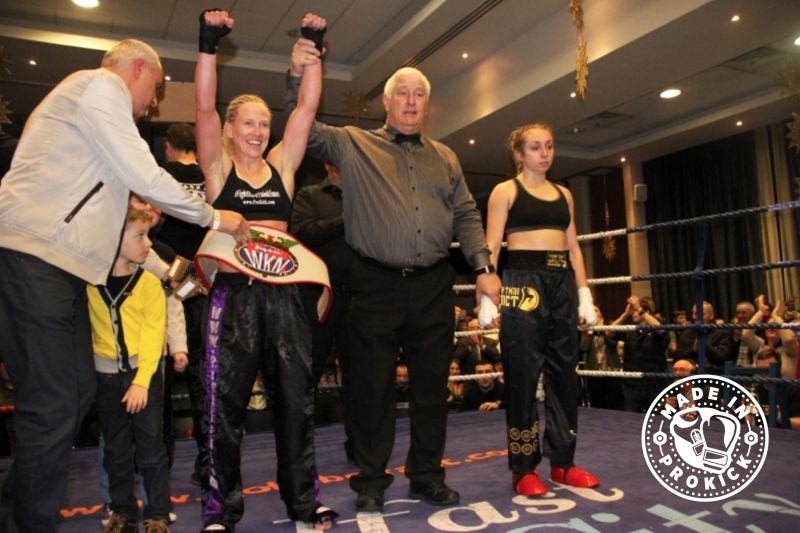 Cathy McAleer is the latest WKN world Full-contact kickboxing champion from Northern Ireland as she topped the bill at the sell-out Clayton hotel in Belfast.

A first round TKO was an up-set but stunning result as Mc Aleer, was just too strong to fast and too experienced for America's Ariana Siegel a Thai-boxing specialist. Referee Bob Hunter (England) gave the New Yorker two standing counts before calling a halt to the fight in 1:38 of the opening round.

Ariana never recovered from the first big right hand punch landed by McAleer, and she didn't let her off the hook as the karate queen kept kicking and punching until the ref said enough.

Believe in the old motto, if you don't succeed then try, try, and try again. This was McAleer's third crack at a world title and possibly may have been her last if unsuccessful - however, that was not the case as now it's time to write another chapter into the sporting history books, Cathy McAleer World Champion.
Over 150 Photos from KICKmas 2015 Belfast

The results in Brief were: