On Sunday 23rd June at the Clayton hotel Belfast, fight fans were eagerly anticipating a day of thrilling action, and they weren’t disappointed. From the first bell to the last, fighters all brought their A game and gave fans a show to remember. 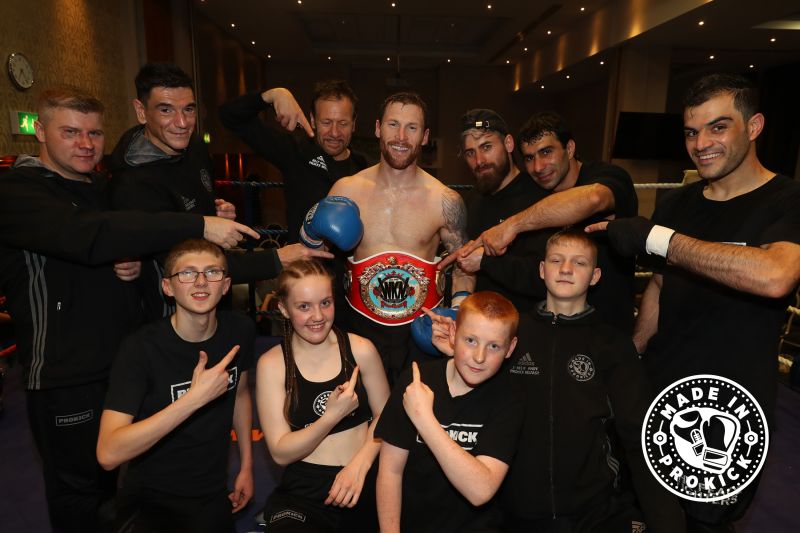 Clayton Hotel Belfast 23rd June - From the first bell to the last, fighters all brought their A game and gave fans a show to remember.

The Persian warriors were dynamic and courageous in their new homeland of Belfast, displaying kicks aplenty whilst wearing the ProKick shirt with pride.

The talented teenagers burst into the ring with vigour and skill that showed a maturity beyond their years, each one revelling in their opportunity to shine in front of a home crowd.
There were plenty of other barn-storming matches including a final farewell to Aubrey Tarr, a kickboxing veteran, who received an emotional standing ovation as he bowed out of the fight game.
The Celtic war between Scot, Shane Weir and Irish, Cathal Dunne was a tightly contested match with both showing grit, determination and technique.

Onto the main event - Johnny ‘Swift’ Smith vs Jihoon Lee for the WKN Intercontinental Professional Title. The atmosphere was palpable as Smith made his way to the ring, and fans certainly weren’t disappointed as Johnny dominated from the opening bell. Smith demonstrated his strong technical ability, working cleverly from distance and picking his shots with boxing, kicks and knees. As the rounds progressed, Johnny’s dominance increased; front kicks landing flush on Lee’s face, jumping knees doing damage and the roar of the crowd proving all too much for the tough Korean.
Referee, Bob Hunter, had seen enough by the 4th round and stopped the fight under the direction of the ringside doctor crowning Johnny ‘Swift’ Smith the new WKN Intercontinental Professional Super Welterweight champion. With his hand raised in victory and a glistening belt around his waist, all that remained was a chorus of ‘Happy Birthday’ for the new champ. Not only did Smith get his ultimate birthday present, he gifted all those who were in attendance with a special performance that left all fight fans anticipating what will be next for ProKick’s professional champion.