Belfast world champion, Cathy McAleer is no stranger to hard fights but on Saturday 24th Sept Cathy was fighting more than her opponent in the ring. The match between England’s Tina Harvey and Cathy McAleer was for the TFC (Total Full-Contact) world 55kg world title. 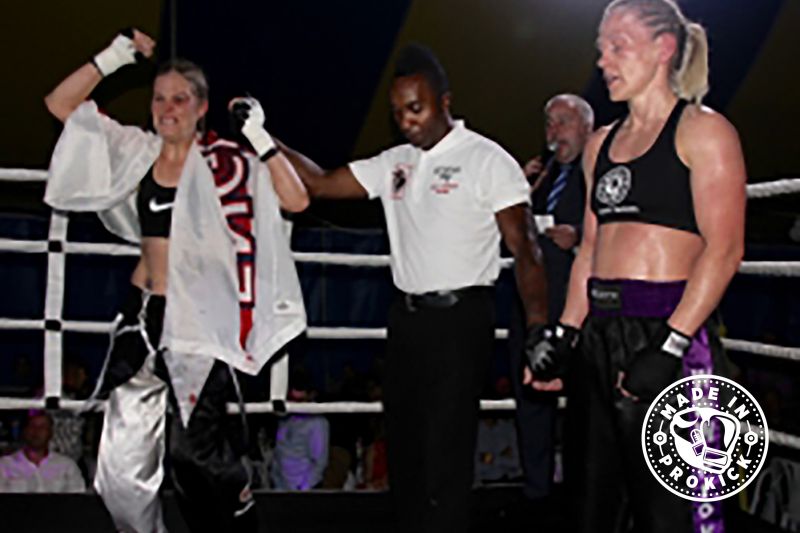 The result and proceeding during the match has left more than a few questions needing answered. Yes, questions about the sport of kickboxing and the so called world governing bodies who have an obligation for the wellbeing of our athletes and for fair play in competition.

Two #ProKick #fighters in #England: I’d like to thanks the promoter Chris Bladon for the invite to his event and for the hospitality shown & given to myself and our team, in most parts, quality  work Chris.

It was really nice to see old friends I haven’t seen for a very long time too, Derrick Mann aka Dell-Man - who is doing a great job on developing his TV network for the fight game.
However that’s not why I was in England, I was there to help my fighters - one being a novice newbie, Charlene Best who give nothing but the Best. Charlene lost on a points verdict against Hayley Boot, both girls had a good fight, well done ladies.

The official decision Cathy McAleer lost on points. A full detailed account was passed on to (TFC) when talks were completed with promoters & officials.