Cathy McAleer was down but not out, the Belfast karate queen was floored with one of her own trademark punches by Italian and world champion, Luca Cuccu Vincis of Genoa, Italy. Luca Cuccu Vincis had two stern warning by the referee for her spinning back fist landing with the elbow and minus pointed for a third infringement of the rules for the same foul in the second round. 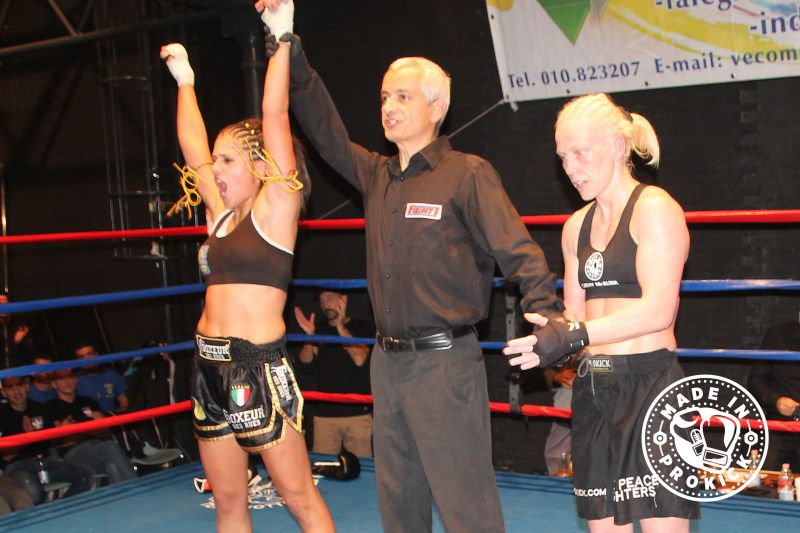 THIRD ROUND: Half way through at 1:30 of a competitive three rounds of K1-style action - Cathy McAleer fired a right low-kick to the front leg of Luca which spun the Italian champion, with lighting speed and momentum from the kick, Luca Cuccu Vincis let go with a spinning back fist that landed flush on the chin of McAleer, sending her to the floor.
McAleer beat the count but the fight was stopped by the referee, to Cathy's disappointment.

Cathy and team are own their way home, Cathy will talk about this latest fight when home.