Smith Vs Lee Weigh in - Korean couldn't cut it

Drama at the main event weigh-in. it was Jihoon Lee and Johnny 'Swift' Smith for the top of the bill fight at Billy Murray's International event set for today 23rd June at the Clayton Hotel in Belfast. The WKN Intercontinental match made at 69.9kg with 0.5kg allowance for non-calibrated scales - Johnny Smith hit the scales exactly on weight. Jihoon Lee weighed in at 72.8 kg......Read on more>>> 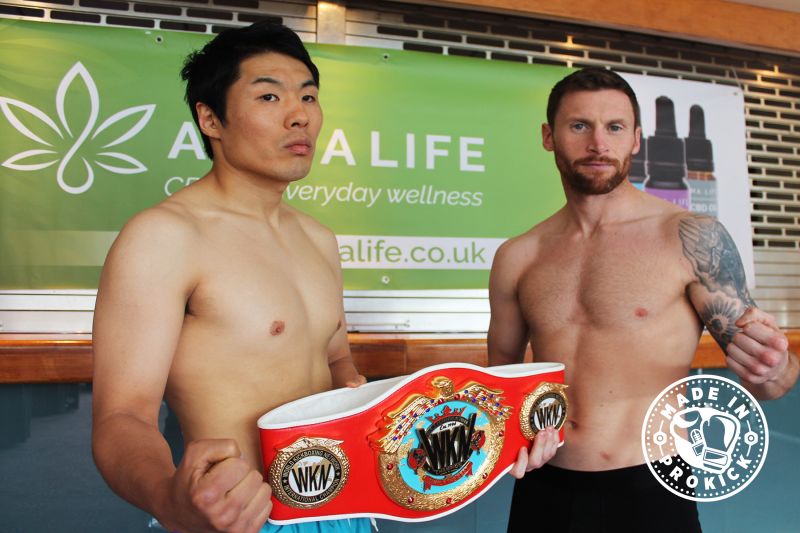 Drama at the main event weigh-in. WKN Intercontinental match made at 69.9kg with 0.5kg allowance for non-calibrated scales Johnny Smith hit the scales at 70 kg. Jihoon Lee weighed in at 72.8 kg

After negotiations with the WKN director, Lee and his coach made the decision not to try any further to make the weight as he has cut a sizeable amount since arriving on Wednesday. Any further weight cut would be extremely dangerous for Jihoon Lee.

What will that mean for the top of the bill fight today?

WKN Championship match rules stipulate that if one person fails to make the weight, they therefore forfeit the title and a slice of their purse. The fight will go ahead as planned. If Lee wins, he will not lift the belt, however, if Johnny wins, he will lift the belt as he has made the weight.

As the fight goes ahead, there's still only one thing that stands in the way of Johnny 'Swift' Smith becoming Intercontinental champion and that is Jihoon Lee. Be at the Clayton Hotel today to find out how the next chapter unfolds!

There are very few tickets left, book your tickets on-line and collect at the door from the Clayton hotel at 3pm. The first match is starting 3:30pm

Here's the FIGHTCARD and running order