Father Christmas paid yet another visit to the ProKick Kickboxing school. This was the 27th year the BIG MAN himself ‘Santa Claus.’ called to say hello to the Kicking MAD kids at the esteemed kickboxing gym in Belfast. The prestigious visitor was special guest of honour for the annual Twenty-seventh ProKick kids Xmas party and competition. 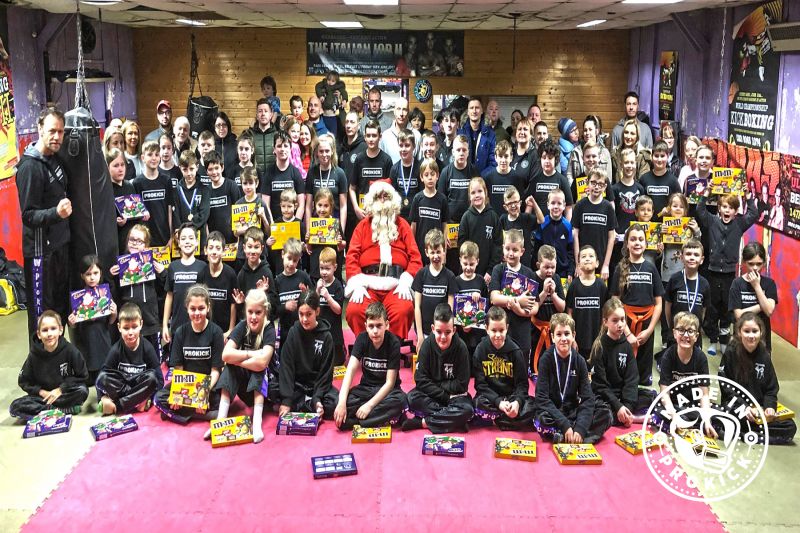 This was the 27th year the BIG MAN himself ‘Santa Claus.’ called to say hello to the Kicking MAD kids at the esteemed kickboxing gym in Belfast. It all happened DEC 22nd 2018.

Santa took time out of his busy schedule to pay a quick visit to the boys and girls in the gym and to hand out some presents to the all the hard working kids. Before Santa said goodbye he asked all the children to be in bed early for their parents on Christmas Eve.

The ‘PROKICK SAYS’ children’s competition day was another resounding success. Over 50 underage talents took part in the event aimed at improving fitness, discipline and co-ordination. 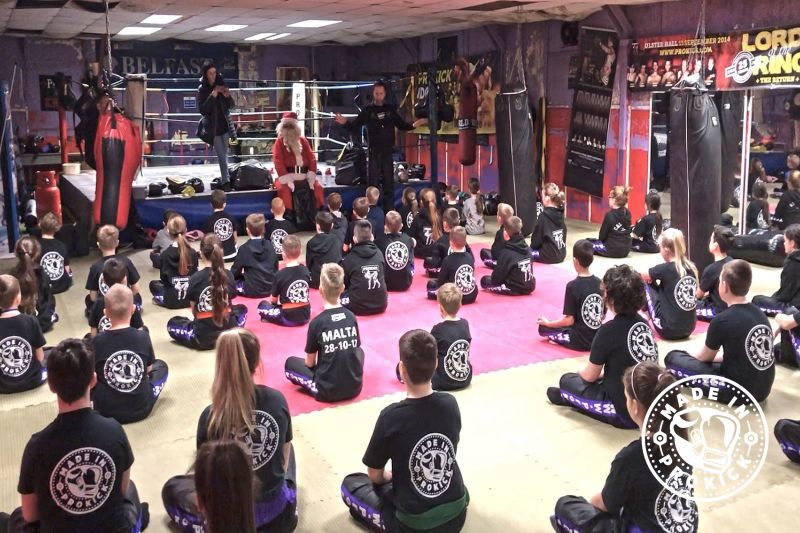 “We have rolled a number of games into one big occasion and the kids love it. Everyone was a winner and everyone went home with a gift. It’s important to us at Prokick Gym that children learn about self-discipline, self-defence and grow up in a respected and disciplined environment.”

"I can’t believe we managed to secure Santa as Special guest of honour especially at this time of year when he is at his busiest, thanks again Santa from all at the ProKick Kickboxing school of excellence in Northern Ireland."