ProKick Teens Return to the land of the Rising Sun

It is back to the land of the Rising Sun for three of ProKick’s talented teenagers; Grace Goody, James Braniff and Jay Snoddon, as they are preparing for another epic trip to Japan, to compete for the ALL Japan K1 amateur Kickboxing championships all set for next month, March 15th in Tokyo, Japan. 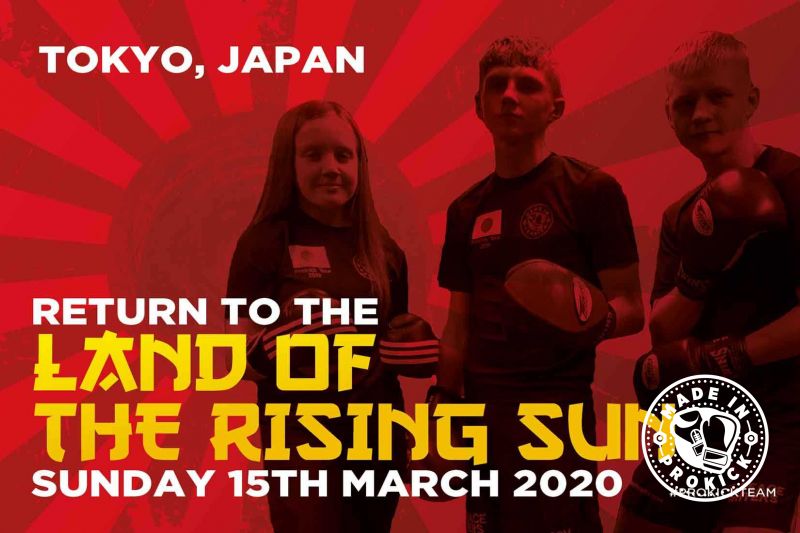 Grace Goody, James Braniff and Jay Snoddon, are now preparing for another epic trip back to Japan, as two of the three will compete for the ALL #Japan #K1 #amateur #Kickboxing #championships all set for March this year.

In December 2019 three ProKick teenagers immersed themselves in the Japanese culture exploring the iconic sights and sounds of this beautiful and diverse nation, learning about their healthy and fulfilling way of life, with the added bonus of discovering a lot about themselves too.

All three travelled the length and breadth of Japan, training in some of the finest kickboxing gyms that Japan has to offer. This all culminated with entering an official K1 kickboxing championship tournament with great success - James and Grace fought their way through the ranks to claim the Eastern K1 championship in their respective categories. While, Jay Snoddon, was just pipped at the post in an epic battle that could have went his way on any other day.

As you can appreciate there are considerable costs associated with trips like this, we are not starting a mad fundraising campaign as we did last time. However, we’ll not say no to any help for the team to have further success.
If you can help, please send to our PayPal account via info@prokickshop.com and for anyone who helps we will included your name or (anonymously if you wish) on a thank you page right here on our web-site.