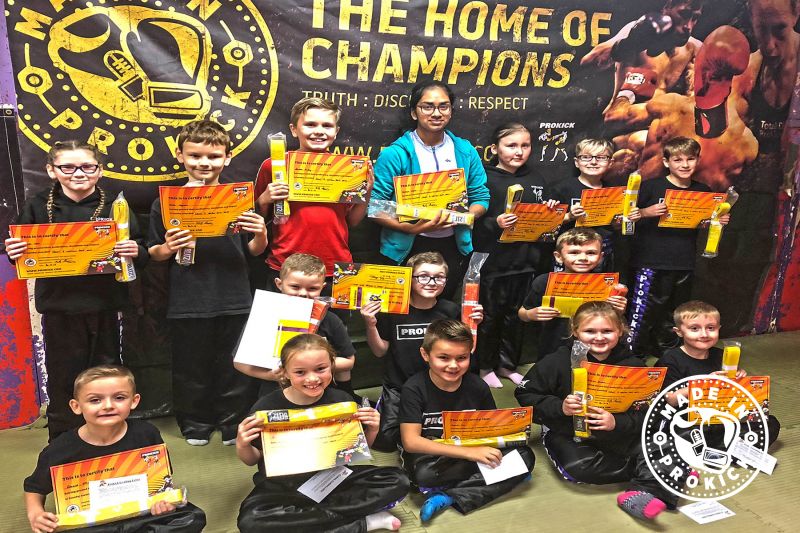 Sunday 30th September 2018 saw a few of the ProKick Kids graduate by moving up a level on the kickboxing ladder of excellence.

The pressure was on at the Old TinHut #ProKickGym , as the search for kickboxing excellence continued at Northern Ireland’s top kickboxing gym.

Well done to everyone who took part today.