The countdown is well and truly on now for Saturday night’s Lord of the Ring spectacular. Fighters have arrived from Japan, Scotland, Derry and Dungannon to step on the scales and face off against their opponents. The anticipation for tomorrow night’s extravaganza was palpable with Johnny ’Swift’ Smith’s world title eliminator topping the bill and the return of the Belfast Boy, Gary Hamilton who faces off against veteran Scot, Douglas Morrison, 18 years after their last fight. The weigh ins went smoothly, which leaves all the action and drama for the ring! 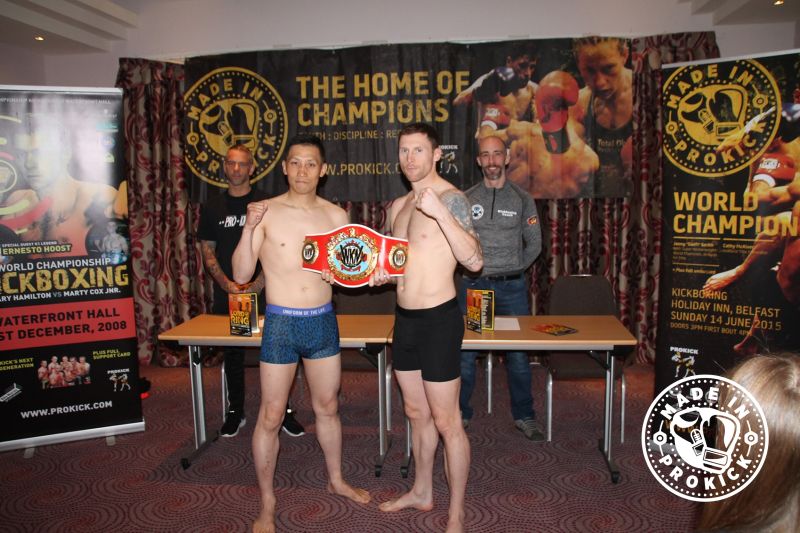 The main & co-main event weigh-ins are done, fight weights are made people are fed & water, now resting before the battle ahead.

Shane Weir (Scotland) stepped on the scales at 65.3kg with his opponent Paul Leach (FightClub, N. Ireland) coming in at 64.9kg

Douglas weighed in at 70.6kg with Gary hitting the scales at 71.4kg.