Swiss heart throb Killian Emery will have more than the female pulse racing when he enters the square ring on Sunday. The Northern Irish favourite brings excitement, passion and skill to the ring but he faces a tough challenge when he meets determined Irishman Rytis Danuiles from Billy O'Sullivan Gym in Waterford at Billy Murray’s ProKick event at the Queens Hall in Newtownards tomorrow. 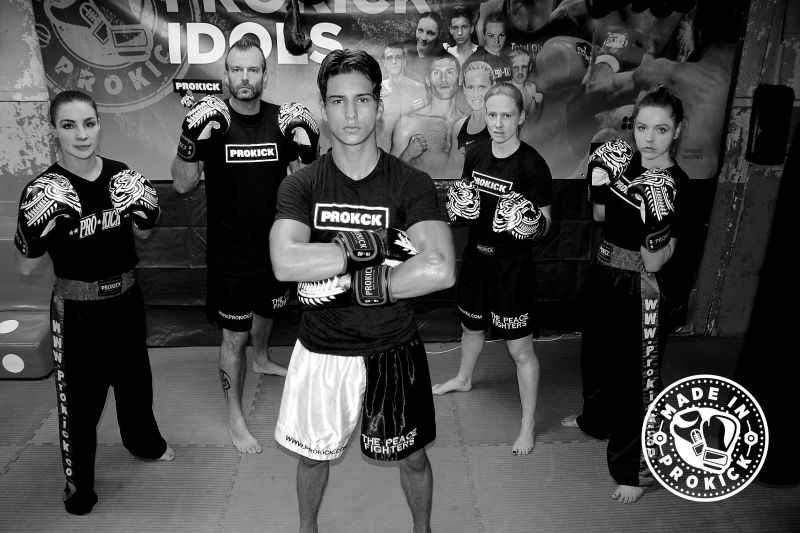 The Swiss star Emery, who now runs one of his Father's gyms (Yamabushi) in Switzerland and has a fight record of 14 fights with only one controversial loss which was in Canada three months ago. The eighteen year-old recently travelled with the ProKick team to Poland for a big international event last month and won, with a clinical 3rd round KO over an experienced opponent, Przemysław Kierpacz.

Young Emery is one to watch; he is quickly developing into a crowd-pleaser with a gritty drive and determination to be the best just like his father, former undefeated world Full-Contact champion, Carl Emery. Don't miss your opportunity to see him in action this Sunday against another talented young fighter, Rytis Danuiles.

Sunday’s show at the Queen’s Hall will see the ProKick kids open the full International fight-card. Another three Swiss fighters are here to take on ProKick’s up-n-coming talent with WKN world champion Cathy McAleer topping the bill when she takes on Beatrice Marcialis from Sardinia, Italy a Thai Boxing specialist over 4 by 2 minute rounds under WKN K1 rules.

"With six cracking international matches on the card, there is something for everyone," said Billy Murray the event promoter. "From World Champions to first-timers, teenagers to parents, there will be someone competing that every fight fan can identify with and admire on this show on Sunday afternoon at the Queens Hall. Come out and support your own homegrown talent."

Check out the event