SUNDAY MORNING 14th November 2021 saw our young Kickboxing enthusiasts tested for the first belt in the ProKick kickboxing school of excellence in the hope of moving to the next level. Just one level from beginner to yellow belt level were tested at the ProKick Gym in Belfast. They all gave up their Sunday morning in hopes of moving up the ladder of kickboxing excellence. Well done to all for doing a great job by obtaining your grading. 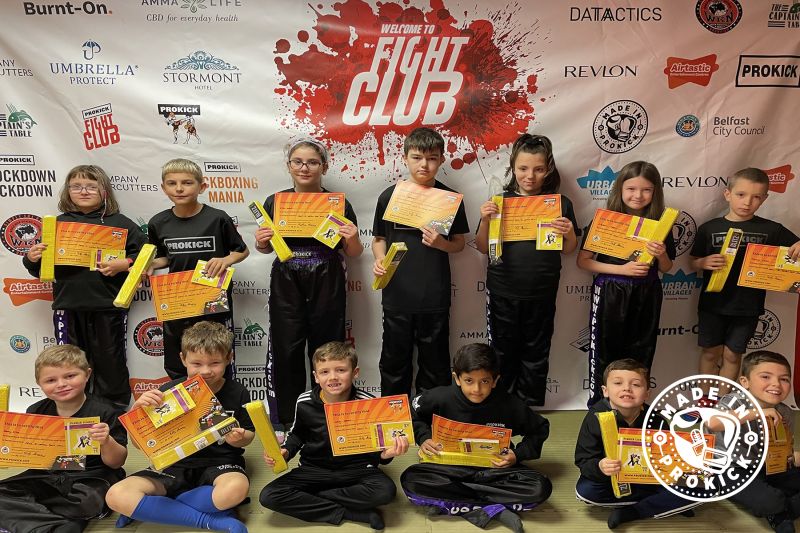 Well done ProKick Kids for an amazing morning - this was the first grading for our young kickboxers at the ProKick Gym.

The grading saw, Kickboxing mad KIDS go through their ProKick exams with a series of tests covering different aspects from the sport which elevates them to the next level.

A few Adults also graded on this afternoon. Pictures and report will be up-dated later - please give a link back to prokick.com when sharing one of our pictures to social media.