What do you get when you have 8 A Level PE students, plus 180 Year 8 students and add 1 four-time world kickboxing champion? The answer was clear on Thursday afternoon in West Belfast. St Mary’s CBGS students were put through their paces by ProKick's Billy Murray in an introduction to the basics of kickboxing. 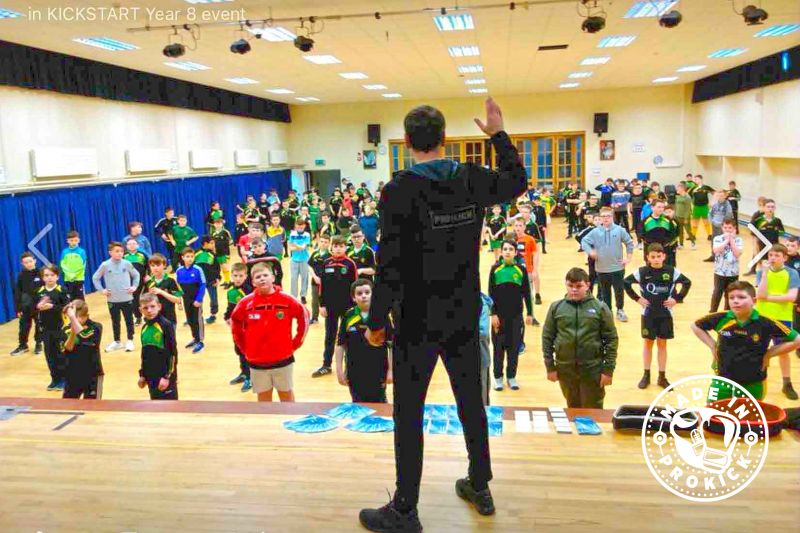 Congratulations to the organisers of Kickstart VS MentalHealth

Before the action began, Gary Symington from Lighthouse shared with the Year 8 boys about his journey through school, how the sport of cycling helped him and how each of them would have many opportunities ahead of them to really make the most of what they have. He also thanked the boys for the incredible amount of money they raised for the charity. Then it was time for Billy Murray to take the stage. Similarly, he encouraged the boys with his story from being an embarrassed and humiliated 14-year-old who was badly bullied, to travelling the world training and competing as a four-time World Champion. He shared with them how he faced disappointments and defeats but remained determined. His motivational motto “hard work pays off” underpins everything that he has accomplished.

Time for the action to begin. The boys jumped to their feet with a quick and intense warm-up, the crescendo of noise rising as all 180 sprinted on the spot as fast as they could in five and ten second bursts. Billy Murray then lead them through the foundations of kickboxing; jab, straight right hand, duck, right front kick, left front kick, punch combinations and then finally adding it all together with punch, evade and kick combinations. The synchronised movements, focus and effort from all involved was a sight to behold. Then a competitive element was added to find the best listener. ProKICK Says is a much-loved competition that Murray holds often in his infamous Wilgar Street gym. This was a tough test – attention, concentration and skill all necessary to succeed. The final twelve took to the stage with two semi-finals taking place until it was down to the final six. The focus and desire on each boys face evident. Down to the last three, the tension was palpable. Each finalist had their classmates cheering them on from the floor. Finally, the winner was decided with Micheal Flanagan being crowned St Mary’s CBGS ProKick Says champion. 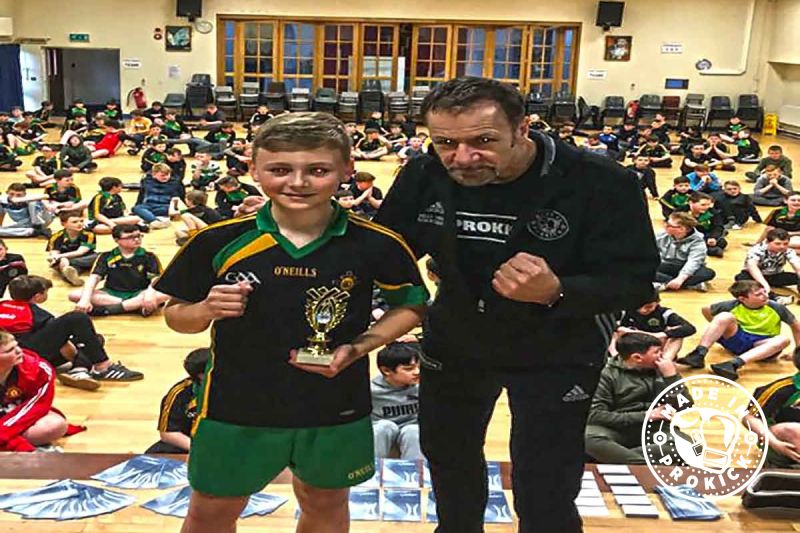 The eight Year 14 A Level PE students who organised and managed the KICKSTART event presented hats and t-shirts from the ProKick gym to several students who they had observed putting in tremendous effort throughout the afternoon session. The afternoon was rounded off with many Year 8 students being presented with academic achievement certificates after their Christmas exams, and finally tickets to Billy Murray’s international kickboxing show on Saturday 17th February at the Stormont Hotel were presented to Matthew Reed for raising the most sponsorship money and Eamonn Rooney for excellence in effort and attention through the KICKSTART event. Both boys were overjoyed and looking forward to an evening of kickboxing action next weekend. Billy Murray ended the afternoon with a reminder to all the boys, “Don’t forget, that if you need to talk to anyone about anything, there will always be someone there to listen. Talk to a friend, talk to a teacher, talk to someone in your family. Send me an e-mail. Don’t bottle it up.” An amazing afternoon that will certainly be one to remember for all those involved. 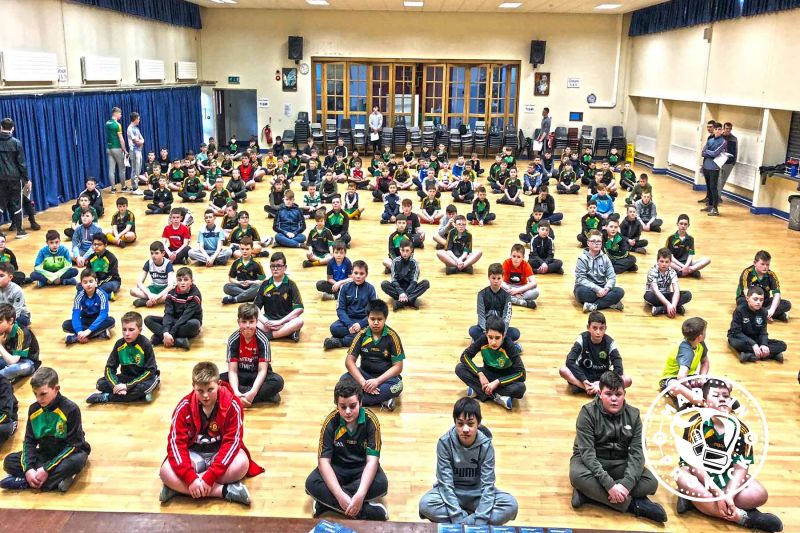 “I am completely blown away. Darren Donnelly, a Year 14 student, contacted me regarding the event. Immediately I thought, this is a one-off; older students looking out for younger students, they have taken initiative to promote the importance of mental and physical well-being. And to have a legend like Billy Murray lead them through a kickboxing coaching session was completely unique.  When I heard the incredible amount of money the Year 8 boys had raised for Lighthouse I was extremely humbled. I want to say a huge thank you to the Year 14 students for their leadership, to the Year 8 students, their friends and families for being so generous and to Billy Murray for sharing his expertise and experience with us all.” Gary Symington (youth worker Lighthouse)

“Definitely one of the best events I have been a part of during my time in St Mary’s. Billy Murray’s enthusiasm, down to earth nature and honesty with the Year 8 students had them eating out of the palm of his hand. We had kids get up on stage in front of their whole year group, some of whom have no real involvement in sport, yet displayed real determination and drive. The whole afternoon will play a massive part of the students’ future here in St Mary’s; they were encouraged that hard work always pays off and that there is always someone there to listen. As for the Year 14 students, what an achievement for them – their maturity, leadership and teamwork all resulted in a memorable day for St Mary’s.” Tony Austin (Head of Year 8)