It's Fight-Time as Weigh-ins are well and truly over

On the eve of Billy Murray's long awaited Knockdown Lockdown event, fight fans gathered in Belfast’s Stormont Hotel to witness their favourite fighters weigh-in. The weigh-ins kicked off for Knockdown Lockdown at 7pm as scheduled. Three WKN titles are on the line as the black-tie formal dinner show. 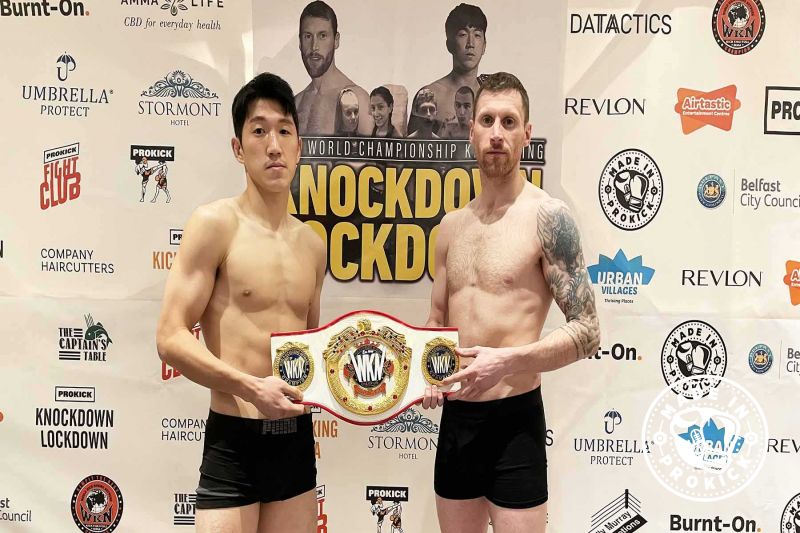 The weigh-ins. Finally the one everyone has been talking about, South Korea’s Sunghyun Lee and Northern Ireland's Johnny ‘Swift’ Smith weigh-in.

The first of the weigh-ins kicked off for Knockdown Lockdown with fighters for the WKN European Bantamweight Title 58.5KG/129LB. Germany’s Kübra Akdut was the first to step on the scales, weighing in at 57.8kg. Her opponent, Prokick’s Grace Goody hit the scales at 58.1 kg. With both fighters making weight, this bout will be first to go through the ropes tonight. The match is over 5 X 2 minute rounds under K1-style rules. 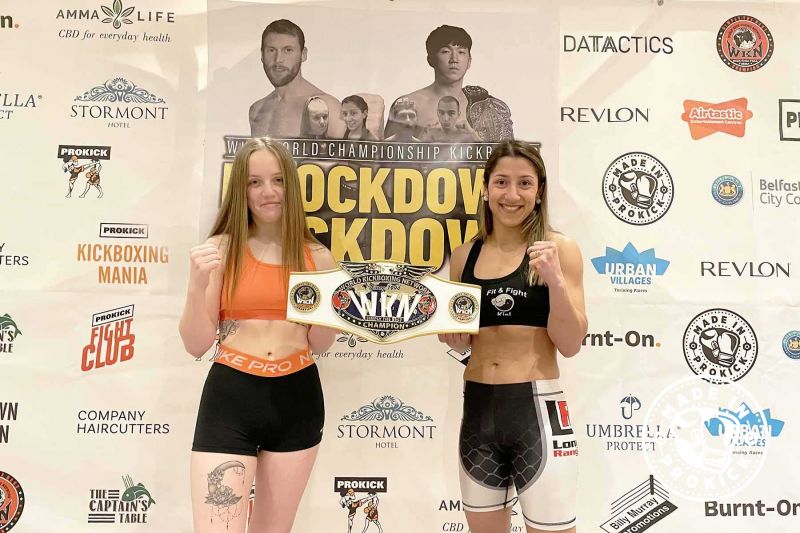 Germany’s Kübra Akdut was the first to step on the scales, weighing in at 57.8kg. Her opponent, Prokick’s Grace Goody hit the scales at 58.1 kg.

Next fighters to hits the scales and weigh-in were Ranieri Cingolani and Jay Snoddon, the pair contest for the WKN European Featherweight Title 60.3KG/132.9LB and again fought over 5 X 2 minute rounds under the K1-style rules. The Italian Cingolani made weight at 59.6kg. Prokick’s Snoddon, who recently won the WKN International Featherweight Title in September, was next to step up. Snoddon stood triumphant on the scales as his weight was announced at 59.6kg, ready for the biggest fight of his young career. 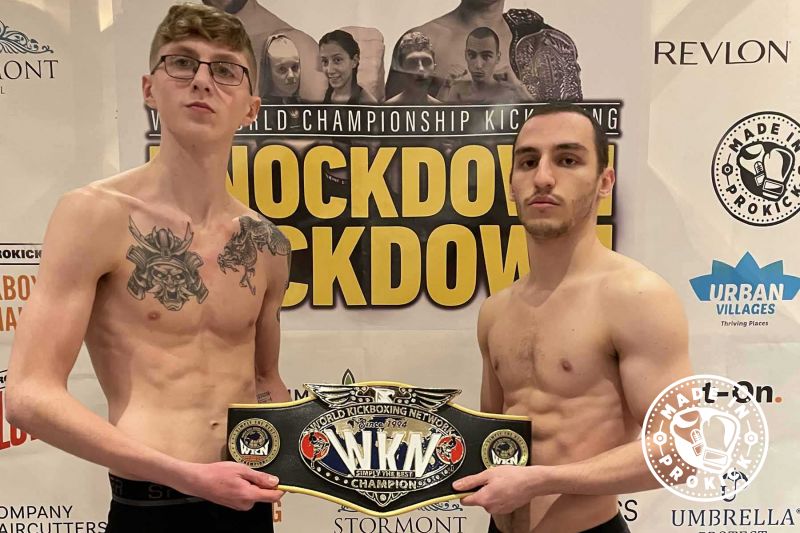 Finally the one everyone has been talking about, South Korea’s Sunghyun Lee and Northern Ireland's Johnny ‘Swift’ Smith ready to weigh-in. The WKN World Welterweight Professional Title is matched at 69.9 KG/ 154.1 LB over 5X3 minute rounds. Sunghyun Lee weighed-in first at 69.5kg.

For some fighters the weigh-in can be more nervous than the fight but not for Swift Smith as he stepped up to the scales with steely focus. Jonny Smith hit the maximum weight. The fight is on and will be fought over 5x3 minute rounds and under K1-style kickboxing rules.

Both fighters faced off with a determined look in their eyes – leaving fight fans ready to see who will be king of the ring at the International Event Knockdown Lockdown. 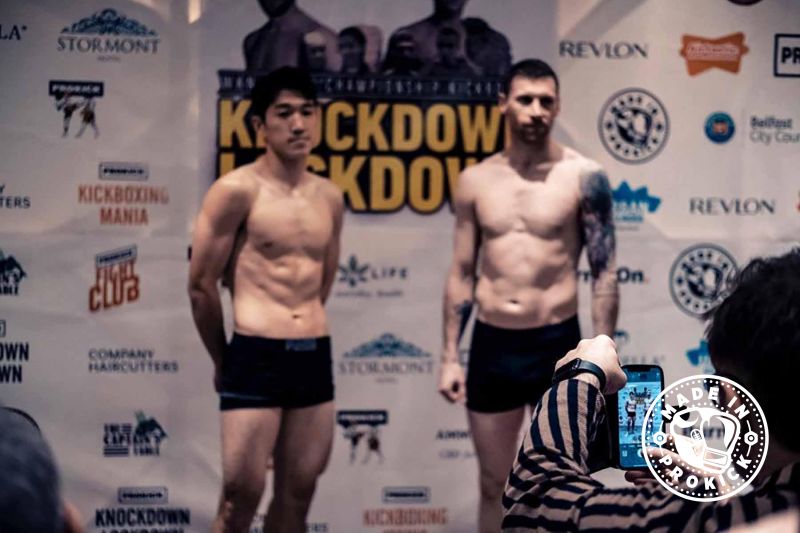 Knockdown Lockdown will take place tonight Saturday 27th November at the Stormont Hotel in Belfast. Fight fans lucky enough to have one of the tickets for the hottest show in town are set to see three outstanding Championship matches and a top three course dinner to boot.