It was Graduation day for some ProKick Kickboxers 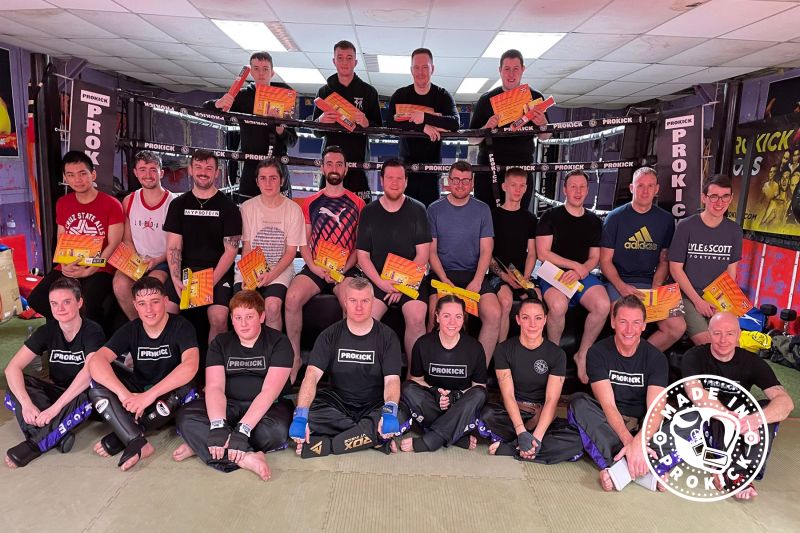 14th November 2021 was graduation day for some of the ProKick Seniors (adult) members at the ProKick Gym in Belfast.

It’s been nearly two years from the last senior grading held at ProKick and it was well worth the wait.
Four long established students, Jonathan MciIveen, Gary Lynch, Lucy McConnell and Martin Raffael all elevated to blue belt.
Two others senior ProKickers, Mark Cairnduff and Charlene Best went to a higher level to purple belt, after many years training and competing. Rowena Bolt a former fighter and kickboxing champion moved a step closer to black belt by receiving her second brown belt level.
Paul Dobson who has been training at ProKick for over ten years is on his final Brown belt level - Paul will sit his Black belt on December 19th. Today he joined in with the rest of the team recapping and preparing for his shot at the prestigious Black belt.

There were four other who went to orange belt with eleven gaining their first belt on the ladder to kickboxing glory.

Please give a link back to prokick.com when sharing one of our pictures to social media.