Here's our latest ProKick belters from the Belfast kickboxing school of excellence. Sunday 29th August saw, ProKick beginners graduate by moving up a level on the kickboxing ladder of excellence. This grading was for ProKick Adults attempting, yellow & orange and with one member going for her long-awaited Green belt. 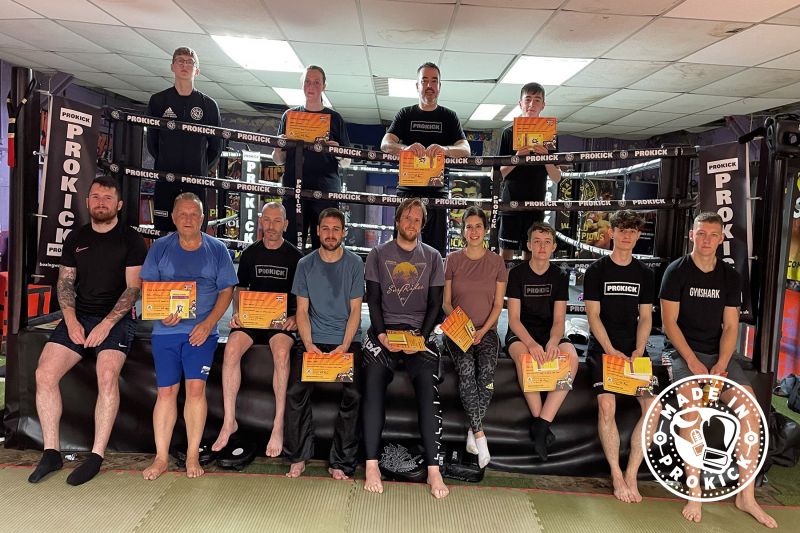 Today's grading (29th August) was also for ProKick adults attempting, yellow & orange along with one member, Angela Campbell, who finally attempted her Green belt after about five years as an orange belt. Two Father & son' took part at Sunday's grading, the McMurray's and the Campbell's, great to see families working out together and well done.

The pressure was on at the Old TinHut #ProKickGym , as the search for excellence in kickboxing continued at Northern Ireland’s top kickboxing & Martial Art & Fitness gym.

Check the class schedule for your new appropriate class.

If any of the class times do not suit please speak to Mr Murray about alternative class times.

Check-out the kids grading from earlier on Sunday morning