At the EastSide awards in the Stormont Hotel on Thursday the 25th Jan 2018 - Billy Murray lifted the top accolade for Outstanding Contribution. The former world champion kickboxer Billy Murray was floored as he thought he was invited to present an award. 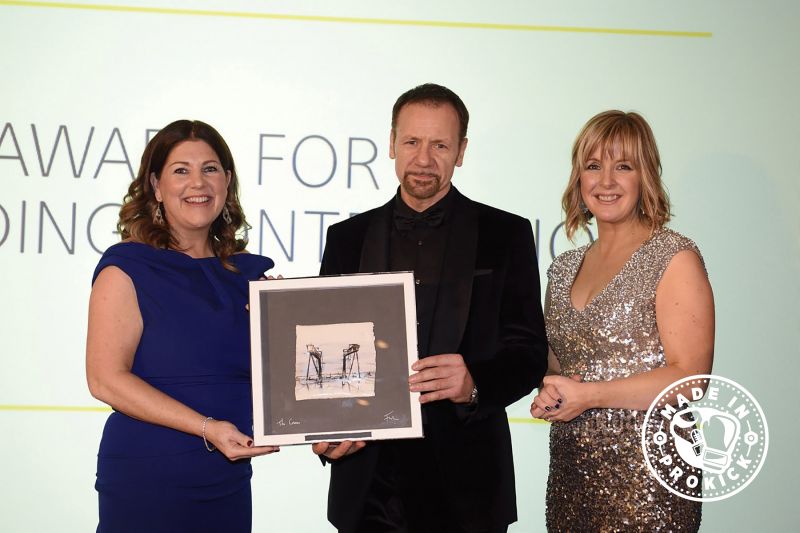 Our winner of the Outstanding Contribution Award is one of those instantly recognisable east Belfast faces.

Born and bred in our community, the receipting has watched the east of the city emerge from tough economic and social periods and has played significant role in not only supporting people in the locality but by introducing others who might not have previously ventured into east Belfast.

It’s fair to suggest that almost every person who has encountered the recipient of the Outstanding Contribution Award has had their own story to tell and their own reason for crossing paths with this celebrated individual.

The winner himself had his only story to tell but it took a considerable time for him to garner the confidence to express it. It wasn’t easy in the 1970s for a young school pupil to speak up.

Instead, after experiencing the wrath of school bullies, our Outstanding Contribution Award winner decided it would never happen again.

Inspired by the guidance of his parents, he dabbled in martial art books and stepped into a boxing club with the sole aim of being able to defend himself in the hard-knock surrounds of his school yard.

But it was the scent of a humble gym and a new-found love for combative sports that captured this young man’s imagination and dedication and ultimately, his life choices. He would soon discover that it was the ancient art of kickboxing that satisfied him most. As he grew older, he grew in confidence and it wasn’t long before kickboxers around the world were taking notice of this Belfast Boy.

He would progress to become a professional kickboxer, touring the world and taking account of champions and challengers. He would become the first Irish man ever to win four world kickboxing titles at four different weights – one of them the coveted WKN Muay Thai world title which he won at a sold-out Waterfront Hall at the tender age of 42!

It didn't end there at the young age of 47 he fought his final bout at the Ulster Hall in 2006.

As his career in the ring progressed, it was life outside it that concerned him most, and the life experience that had led him on the path to a gym in the first place. He wanted to help others and so he set about acquiring premises adjoining Dundela Football Club in Wilgar Street. It’s a terrible sight of a building, truth be told. It is a glorified tin-hut with patchwork floors, holes in the roof and shower that does not work. It resembles a temporary World War II army base.

But it’s a building that our community knows well. It’s a building that the residents of Wilgar Street and Dundela recognise as more than just gym. It is known as the Prokick Gym and it commands the same degree of respect and admiration as tonight’s Outstanding Contribution Award winner, Mr Billy Murray.

Billy Murray’s modest Prokick Gym is recognised around the world. It is a place that has created champions – with and without belts around their waists – who all have one thing in common, the values that Billy Murray’s teaching and coaching instils TRUTH, DISCIPLINE and RESPECT.

These are the values that Prokick members, from young to mature, learn and adhere to from their first class to their last.

These are the values that sum up Billy Murray, our Outstanding Contribution Award winner – yet the value of his contribution to the community simply cannot be measured ... it is priceless.

Respected by members of the community; respected by local politicians and businesses, respected by parents and educators, he is a proud east Belfast man and we are very proud of him.