Aubrey Tarr announces his retirement - a Belfast fight legend, Tarr (who would fight anyone) has announced his next fight will be his last. Tarr now 41 years old, is scheduled to share the ring with another veteran, Scotland’s Mikey Shields at Billy Murray’s ProKick event next week at the Clayton hotel on Sunday 23rd June 2019. 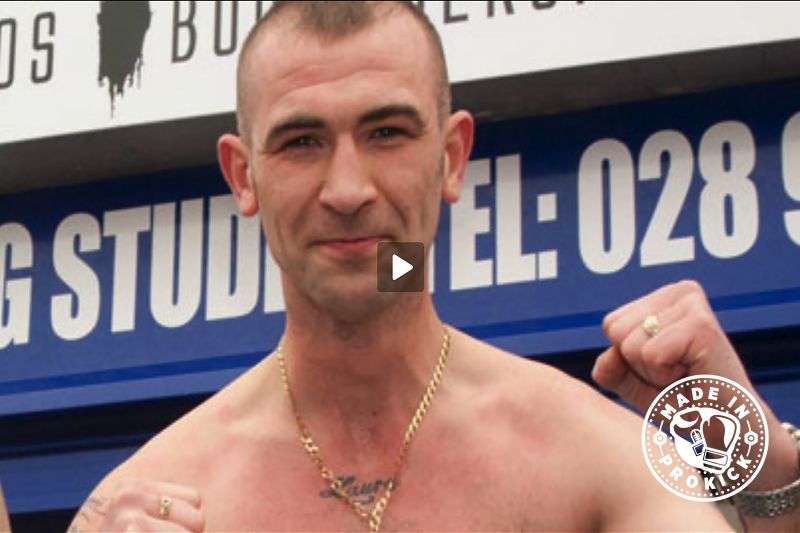 Belfast fight legend, Tarr has announced his next fight will be his last. Tarr now 41 years old, is scheduled to share the ring with another veteran, Scotland’s Mikey Shields at the Clayton hotel on Sunday 23rd June 2019.

"I’m saddened but glad that Aubrey is having his Swan-Song on our event, said promoter Billy Murray. Aubrey has done so much for Martial Arts in this country and never really gets credit for what he’s accomplished. His incredible fight career in all types of stand-up & MMA to being a role model to so many kids which he inspires by introducing them to sport for a healthier lifestyle."

Aubrey Tarr released this on his social media:
I will be stepping in to the kickboxing ring, in the Clayton Hotel Belfast 23rd June. This will be my final fight as a full contact, mma, & boxing fighter. This sport has been such a main part of my life, right back as long as 1983, from I was a small 5 year old child who fell in love with the sport. It has helped me through major life changing injurys . (none of these injurys happened through contact sports)

I took many if not most of my fights at very short notice, sometimes hours before, sometimes I fought multable times on the same show. And Always making weight. As I have always used the principal of always be fight ready. My diet and training have always has always been on point, and will always be maintained. As not only has this given me a healthy body, but the training and diet were parts of the sport that I fell in love with.With age getting the better of me and the fight game being so demanding physicly and mentally, I think this is the time I bowed out of the competitive circuit. And concentrated on my coaching as well as my point fighting competitions. As this is another side of the sport, I fell in love with. As a younger man I used to be able to train, and compete at the top level at both, but, now I am not able to ( all good things come to an end at some point. ) And full contact fighting is a younger man's game, with at times my opponents were more than half my age. I have had some amazing experiences through my career, since my adult debut in 1996 after neck surgery with not a bad tally.
101 kickboxing 74W 25L 2D (1 to go)
7 MMA 3W 4L13
Boxing 9L 3w 1D
This does no include exhibition bouts or interclubs.

I have been contemplating this for a while, and I think that it is fitting, that my retirement fight, will happen on a Billy Murray show. In my home city of Belfast. As people who know me will tell you, how pleased it makes me, to be able to retire on my terms. and not through a work injury that origonlly forced my retirement back in 2004 forcing reconstruction of my ankle, With plates.( A massive thank you to the surgeons, nurses and physios at the Belfast Royal Victoria hospital for sticking me back together again and helping me learn to walk again on three occasions. And to Paul ThePhysio McCormac who's work and advice with me since my last injury has made this retirement possible. )
If anyone would like to come and watch me fight in my last ever full contact kickboxing fight, give me a shout for tickets as this is my last fight, and last chance to see me compete in the ring.

Maybe some of the many promoters, I have helped over the years. Would like to watch my last ever fight, as a thank you.

One last thing that I have learnt through this sport is.
You'll Never Walk Alone

For Tickets and to see the Fight-Card