Two out of three ain’t bad - that’s the results from Athlone (yesterday) Sunday the 12th November. Three ProKick 'Teenage-Kickers' competed on a Wolfpack Gym event in Athlone, staged by Leon Parsons & team. The day belonged to 15 year-old Grace Goody who faced Jade Molloy as the both teens battled it out for a Junior Irish School girls title at 60kg. 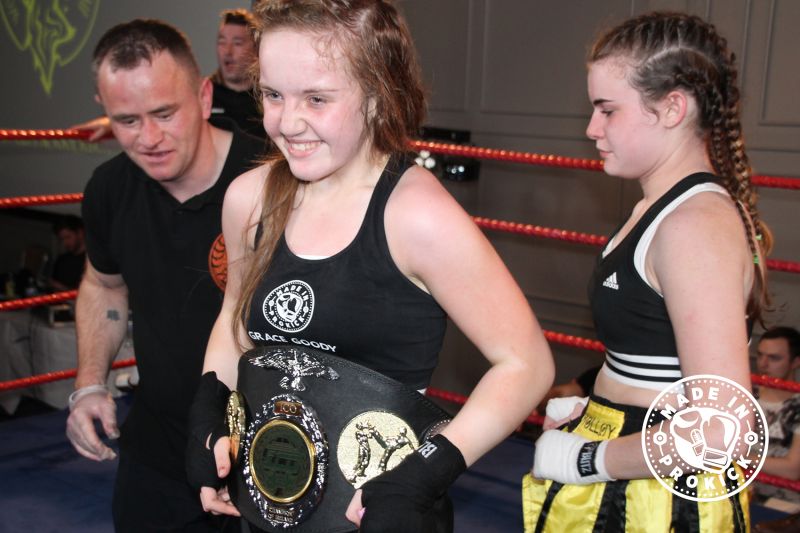 Our Amazing Grace, just 15 years old has been training at the ProKick gym for 9 years. Grace weigh’d in at 58.3kg for the 60kg limit for the Irish title. Her opponent Jade Molloy came on the scales at 58.8kg also light.

The fight got under way with Jade staring fast throwing good front kicks to the face and Grace working in the inside. End of first, even round, maybe Grace outworked Jade.
ROUND 2. Much of the same only thing was the two girls really wanting this, another close but competitive round.
Final Round, third round, Grace changed her plan and stayed on the outside and used her kicking ability staying long and landing good scores with the round kicks with the two girls battling it out  right to the final bell.

It was down to the judges, and they got it right, on a narrow decision. Grace Goody the NEW Junior Irish School girls champion at 60kg.

The first ProKick Teen to go through the ropes in Athlone was Jay Snoddon. Jay, fighting in his first bout under Light-Contact low-kick rules at 50-52kg. The 14 Years old started training just 8 month ago at ProKick and already has travelled with the team to Malta. Jay took part in a demo bout with team-mate James Braniff.
In Athlone, Jay Snoddon faced Sean Russell from team Rayno - the match was a competitive one with the judges going in favour of (ProKick) Jay Snodden - well done both boys.

Next up was James Braniff (ProKick) to took on Krill Eagan (Wolfpack) - James also fighting in his first bout under Light-Contact under low-kick rules and at 50-52kg. The 13 Years old started training just 8 month ago at ProKick and he too travelled with the team to Malta just a couple of weeks ago and took part in a demo bout with teammate Jay Snoddon.
The match was a another competitive bout with the judges going this this in favour of Krill Eagan from the Wolfpack Gym - another close match and well done both boys.

A big thanks to Leon Parsons & his Wolfpack team for the opportunity to compete on your show and for looking after us.
All our guys had a great day at your well run event. 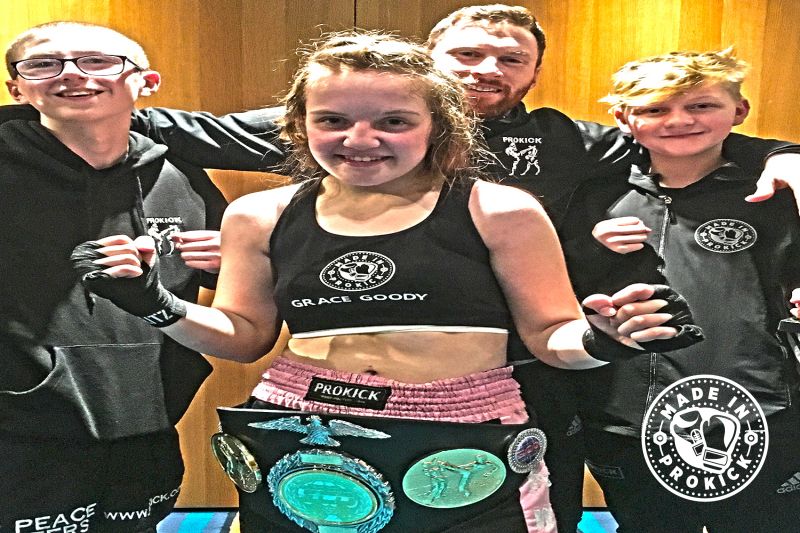 The Team who travelled to Athlone
Visit the Prokick Archive