What sounded like a man’s deep voice saying ‘go back to bed’, was a howling wind that whistled up the driveway as I clicked the key to open a cold car at 5:30am. Writes Alex McGreevy: I’m not totally sure that it wasn’t a voice. Certainly, there was a repeated question on my mind, ‘what are you doing’? 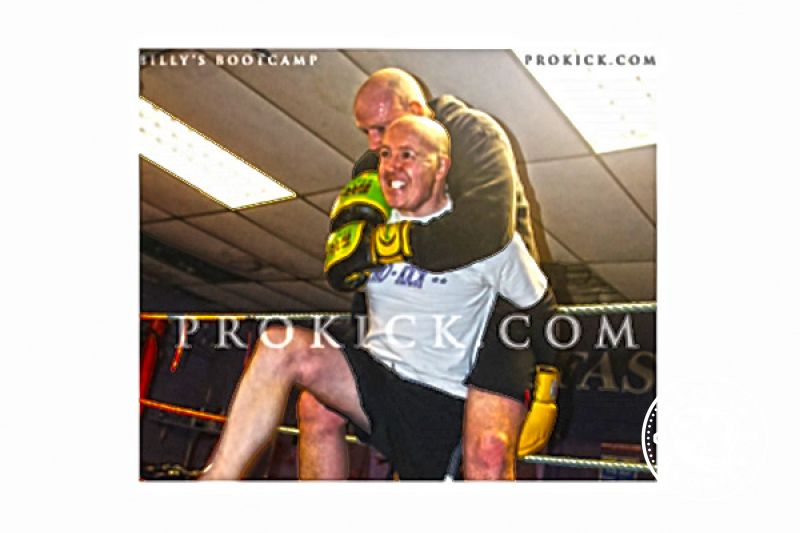 I was going back; that’s what I was doing. Going back to Boot Camp. Going back to the war-torn Prokick Gym in a sleepy east Belfast street. Going back to faces that I knew would offer another question, ‘what has you back’?
It all started with a group-text reminder that Boot-Camp was, well, rebooting on Monday morning at 6am. Sharp. I was in a fix. I needed to step-up training after a winter lapse complemented by man ‘flu and Quality Street. And so it begins. Little has changed.

The gym is still crumbling. The colliding scents of dampness and body odour are a grim reminder of many seasons, many aims, goals and journeys. Among the group of around 30, there are a handful of women preparing for fights at the end of the month.
This Boot Camp, to them, is akin to a light breakfast. To some others, like me, it’s an opportunity before the school-run and work, to ‘get going again’.
‘Let’s shake it out’ yelps coach Billy Murray, bang on 6am. No easing into class with a quick chat about how nature somehow overnight switched us all back to Autumn.

The mind knew the drill. The body knew it too but realized after 10 minutes had been some time since it last danced on the padded Prokick floor. Billy Murray enjoys this too much. What man in his right mind, in his 50s, with grandchildren, would be in
the gym yelling instructions from 6am – before embarking on a full day of training and classes and returning home just hours before the very next day…?

45-minutes of non-stop stamina-sapping drills later and we are done. Literally.
A short time later I’m making the kids’ breakfast. ‘I was at Boot Camp this morning kids, from 6am’… I proudly mention.
“Aye you were…” replies my daughter. “Aye, I was. And I’ll do it again on Wednesday and Friday.” “You’re mental,” she says.
Maybe I am. Maybe I am.