On a rainy Sunday September morning, the young guns of ProKick took on the roaring Golden Dragons of Magherafelt. This special sparring session was a fundraiser for three of ProKick’s teenagers, Jay Snoddon, James Braniff and Grace Goody as they prepare for a once in a life time trip to Japan in December. 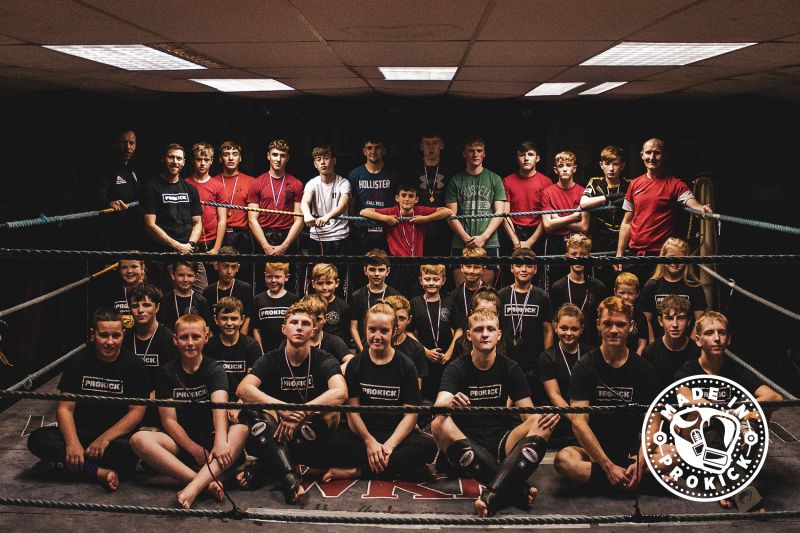 Thanks two both teams today 22nd Sept 2019. This special sparring session was a fundraiser for three of ProKick’s teenagers, Jay Snoddon, James Braniff and Grace Goody as they prepare for a once in a life time trip to Japan

The ProKick kids kicked off the morning showcasing the skills they learn every week in the gym. For many, this was the first time they had stepped between the ropes and had a go at sparring; if they had any nerves, they certainly didn’t show it! The audience were treated to a display of punches, kicks, jump punches, spinning back fists and spinning kicks. A big well done to all the ProKick kids - you should all be extremely proud.

Following the round robins between ProKick teammates, it was time for the Golden Dragons to step in and take on some of the ProKick teenagers and kids across 2 x 1 minute rounds. This was a fantastic hour and a half of well matched kickboxing action. It certainly seems that the future of kickboxing is in safe hands with tons of skill, speed and respect on show.

With an array of buns, cakes, tea, coffee alongside a feast of kickboxing, the generous audience had a great beginning to their Sunday. After the final action and the Golden Dragons were waved off, the money was totalled with £390 being raised from those who came to watch and take part. But that’s not all...an anonymous donation of £1000 took the ProKick team by surprise and made for a stunning Sunday for those heading to Japan.

Many thanks to all who helped this morning, and a special thank you goes to Mr. Darren Dougan and his Golden Dragon team.

PS. A big thanks to all the team who turned up to help out, from baking buns to bringing bits & bobs for the day - to making and the selling off the tea & coffee's. Not forgetting the hard work Brooke done from preparing the gym to organising the day.