A Marriage made in the Ring

ProKick’s adopted Iranian Salman Shariati was so nervous ahead of his match, it turned out it was not the fight he was worried about. The most nerve-wracking moment of the night was not the three tough rounds he went with Polish kickboxer Patron Klak. It was when the bout was over, Salman, went on one knee to popped the question to his girl friend Anna Holmes. The crowd erupted in cheers and with no pressure…she said YES! Congratulations to you both from all at ProKick. 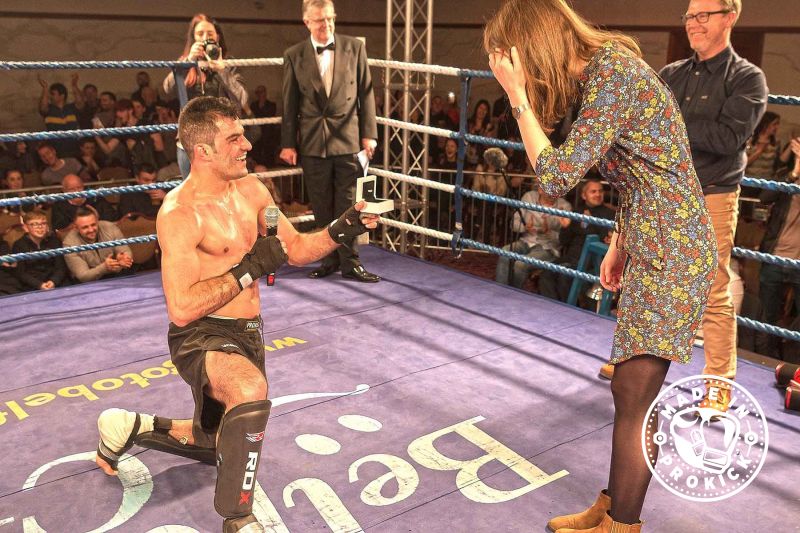 “ This was a first for us at ProKick, we’ve had loads of couples meeting at the gym and getting married and for most still going the distance. But this was like something right out of a rocky movie. It was magical, I'm so happy to be part of it and we caught it all on camera." Said Salman’s coach & event promoter, Billy Murray. 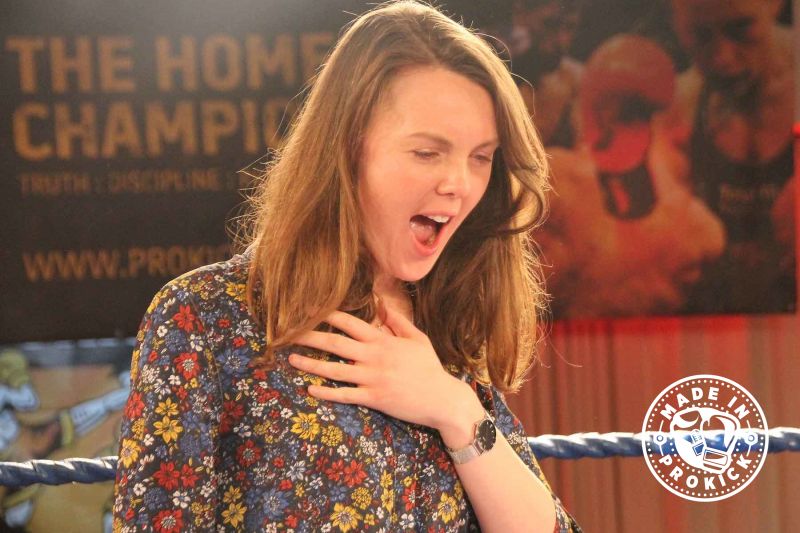 The fight: it was the penultimate fight of the night was another rematch, this time between Polish fighter Patryn Klak and ProKick’s adopted Iranian Salman Shariati. Both had met before in May 2017 in Zawiercie, Poland when Klak took the win.
This time around Salman had something to prove, and not just when it came to fighting. Across three toughly contested rounds, both fighters showed great skill and resilience, Shariati led with his body and head kicks, while Klak drilled in heavy low leg kicks.

By the time the final bell arrived, the judges deemed the two warriors unable to be split with both hands raised in a draw. Great fight by two fit and talented fighters.

Lets hope in the future we can tell the story of Salman's arrival to Northern Ireland and how the church helped him.
A truly frightening yet inspirational story of hope & faith #HardWorkpaysOff

But the night belonged to Salman & Anna - congratulations to you both from all at ProKick.

Results from the Stormont Event