Results from the Teens in Japan

"I'm turning Japanese - I really think so! That’s what the ProKick team were saying after a successful week-long tour which seen them travel the length and breadth of Japan to enhance their skill-set and knowledge, finishing off at a K-1 tournament in Osaka. 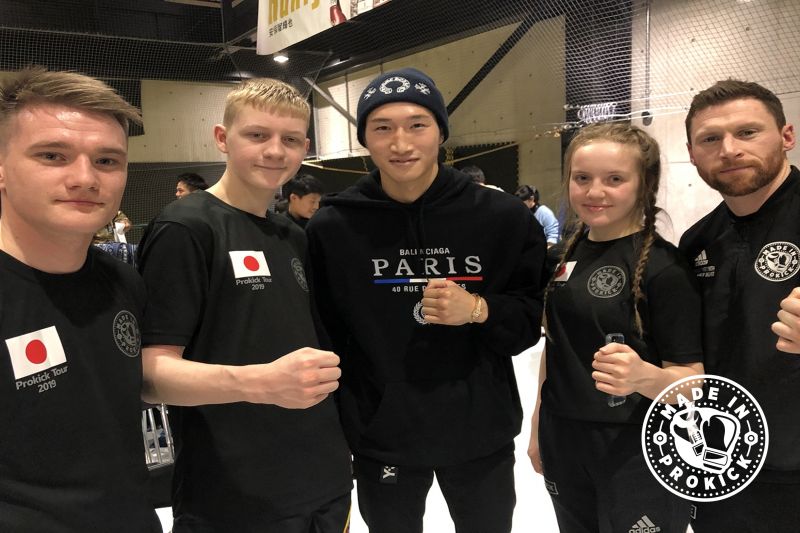 Pictured here some of the ProKick team with - Anpo Rukiya the Super Light-weight K-1 champion. James Braniff beat one for Anpo Rukiya's team-mates in the final of the Western K-1 amateur championships in Osaka.

The whole ProKick team from fighters to backroom staff were all amazing: Not only did the team compete in an official Western regional championship but two of our members, Grace Goody and James Braniff walked away with two of their amateur titles and right away invited back to Japan for another competition in March 15th 2020.

Not so lucky, sixteen year-old Jay Snoddon was pipped at the post in the elimination rounds as Snoddon fought a stronger older and more experience Japanese opponent. Saying all that - this will not deter the little Dundonald Samurai.

Countryman, Hiro Mochizuki from Kumamoto Japan. Hiro, is our ProKick affiliate, who also lost out on points. This was Hiro’s first loss in the ring, but said that he was happy with his performance. He moved up a level to fight in the the higher A-class division. He said he wants his last fight at the age of 41 to be in Belfast and on the undercard to Johnny ‘Swift' Smith’s world title fight when it is released.

Thanks again to anyone who contributed in anyway, no matter how big or small. This trip would not have be possible with you!

A huge thanks to Mark Bird, who is living and fighting out of Tokyo. Also to Mr. Hiro Mochizuki for all his help and hard work in Japan.

Picture & video to be posted soon.