It takes a lot to climb into a boxing ring and fight, here’s one brief story of a young women’s journey to become a fighter in the ring. These amazing before-and-after images show a woman who has transformed her lifestyle thanks to an intense training and nutrition plan. But what they don’t show is woman who has battled throughout her most important school days and adulthood as a victim of bullying. 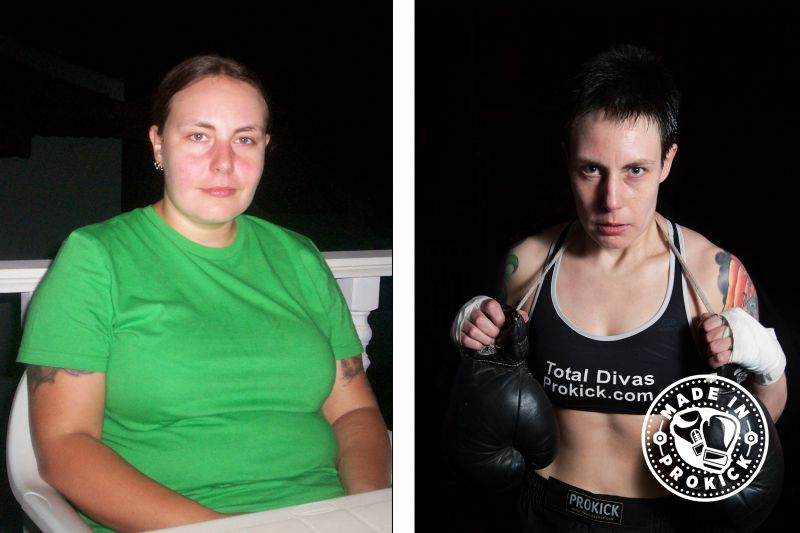 Queen’s University graduate Ruth McCormack will take her fight to the next level – and will go between the ropes for her debut kickboxing bout in Belfast, finally rewarding herself for stopping a spiraling bout of depression in her life.

Ruth will headline in The Divas show in the city’s Holiday Inn Hotel, less than a year after she first entered the dilapidated Prokick Gym in east Belfast.

The 36-year-old, who is now studying for a Masters Degree in Environmental Toxicology, said: “I cannot believe it has come to this; that I will be kickboxing in a competitive show. I would never have dreamed this to be possible – I have finally found the person that was supressed and depressed and I am ready to unleash many years of frustration.”

It was when she saw a holiday picture of herself did Ruth first realise she has piled on weight after leaving school. She weighed a whopping 90kg – a far from healthy weight for a woman standing just 5-foot 2-inches tall.

She added: “I suffered throughout school but hadn’t noticed the weight gain or what I was doing to myself as a result of the depression that came with being bullied. I am an only child, and I guess I went to school as an introverted character. I did
not mix well with other students and was felt socially inept. I was an easy target for bullies and I got more than my share.

“Every morning going in to school I would shake with anxiety. I would leave depressed at the end of the day,dreading what was to follow the next day. I focused on my education anddid well. I left with 10 GCSEs and three A-levels but I suffered  throughout it and could not wait to leave school.”

University was somewhat more welcoming for Carrickfergus-born Ruth but the impact of her Grammar school days was still taking its toll.“I felt relief when I finished school,” said added. “It felt like chains had been removed, even though I knew I was going to face another few years in the company of students at University and that the same thing could happen all over again. “The bullying had such an impact on me that I had to go through counseling. I think I must have been at an all-time low. It was a chronic period to have to go through.” The turning point for Ruth came when she saw a holiday snap and had to double-check it was her in the picture She added: “When I saw myself in a picture I didn’t realize how much weight I had put on. I was shocked. I told myself ‘this has to stop’.

“My friends were supportive, and one of them recommended I try out the Prokick Gym because she had seen
people of all ages and sizes go into it for kickboxing classes. I was dreading it but picked up the courage to give it a go.

“The welcoming atmosphere in the gym helped and it kept me involved. No-one knew anything about me – and they
didn’t know I had been bullied. They just took me as another member wanting to learn a martial art and get fit.“I ended up mixing in with other women in the gym and now we train together and we’re about to fight together; it’s an amazing feeling. I have sisters and brothers all around me.”

Ironically, Ruth’s coach, former world kickboxing champion Billy Murray, was also a victim of school bullying. He said: “I got fed up being bullied it spurred me to take on a martial art. I tried a few things before I discovered kickboxing. I hear lots of stories from members about why they have joined Prokick but it always brings me back when someone tells me they want to learn how to defend themselves because of bullying. “Ruth is an inspiration – she is proof that there is a positive choice a person can make for themselves
in the face of bullying or lack of confidence.” On March 29, Ruth will go between the ropes weighing in at just 58kg – fighting fit and ready for the next round of whatever life throws at her.

A big thanks to ProKick Alex McGreevy, for words, Collette O'Neill for photographs and Ruth for sharing her story. 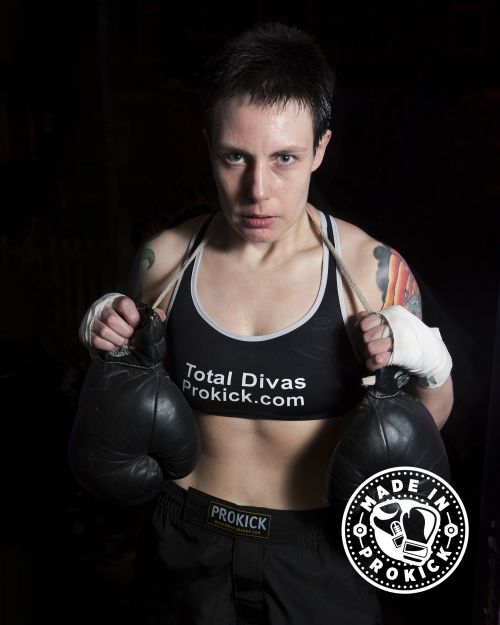 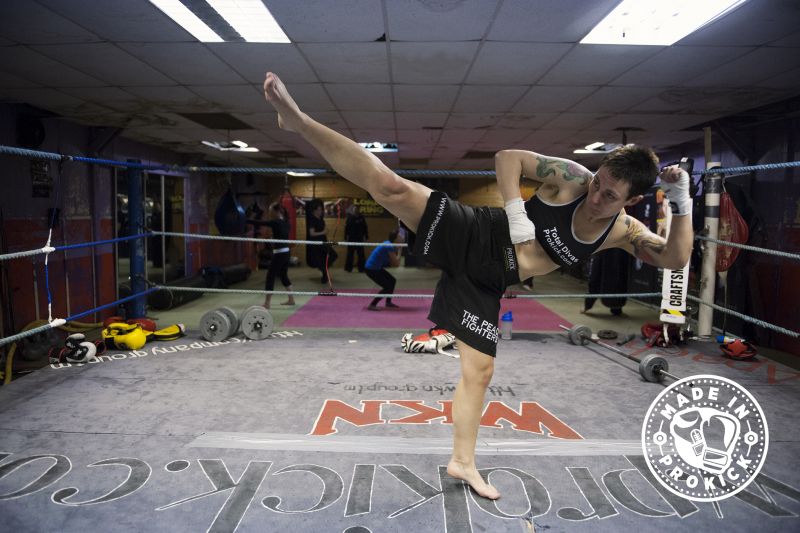