Do you want to Fight, then here’s what you need to do. ‘Train hard fight easy’ Well, that’s an old saying but I never believe or say a fight was easy because the fight is the end result of all the weeks and in some cases even months of hard work and sacrifice. So, if it ends early in the first round then it’s a bonus. Don’t forget the hard work – blood, sweat and in some cases tears that helped achieve you the victory! 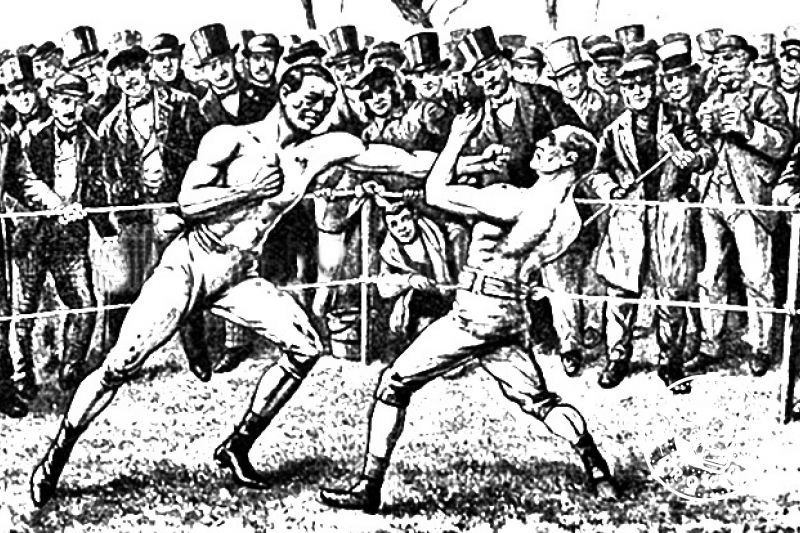 For any martial artists or fighter regardless of the art form, it is important in each evolution of training to know what you are doing, and why. You should change your training routine to match the specific challenge that lies ahead.

Cardio is the basic foundation of everything you do in a fight. If you have no, or a poor cardio, you can't fight. If you have no cardio, you won't even be able to train properly either. Bottom line is the more hours you spend on your preparation for example; techniques, cardio, sparring and conditioning the better your fight will go.
So, you will need cardio to carry you through your training sessions. The better your cardio, the more you will be able to train in a day. The more you train, the better you will be. Most knock-outs or stoppages, believe it or not, come from a lack of cardio and poor fitness. That is why you rarely see knockouts in the early part of a fight (unless it is a clean shot). When a fighter is fresh and has great fitness, he/she can withstand a tremendous amount of blows.
Without cardio a fighter also can't defend himself.
When you can't breathe, it is hard to move out of the way of a kick or punch.
Maybe you see it coming, but you are just too tired to do anything
about it.
‘Fail to prepare, prepare to Fail’

There are many ingredients needed to make a fighter, here’s a few more parts required to ‘Fight’
Many students believe they are training for a fight when they practice kicking or punching a bag. But kicking and punching are only two of the many aspects of fighting which have to be trained.

The focus pads (where the teacher wears the pads on his hands or forearms) is an excellent training method, because it gives the teacher an opportunity to watch every single technique which is thrown and gives the coach the opportunity to improve the fighter.
Shadow boxing is where the student goes through the fight in his head, attacking and defending against his imagined adversary. Shadow boxing involves movement, footwork, combinations, and creativity. Always do shadow boxing first, as a warm up. Sparring is one of the least used yet most trainers believe is the key to success and the most important providing the aboveis fulfilled.
The Sparring is sometimes the most abused training of the training methods. Many gyms have Friday night fights, or sparring, just once a week. Most students tend to think sparring is a mini fight, which will have a winner and a looser. This is completely wrong. Sparring is a chance for you to practice your combinations on a live opponent, without worrying about getting hurt. There should be no injuries in sparring. And there should be two winners. Always try to spar with people better than you. Spar easy. Don't injure your opponent. Spar cleanly and have respect and you will both benefit.

Fighting has so many aspects. Fight technique, timing, rhythm, movement, trategy and ring technique must be taught and practiced. Nothing should be left to chance.

Training in Brief Cardio: It is nearly impossible to lose a fight if you have better cardio than your opponent. For a three-round fight, you should train to do five to six hard rounds.
Road Work:  Every boxer/kick-boxer is different as some prefer morning running early mornings whilst others like the afternoon or evening sessions. This is due to the fact that everyone’s body clock is different and is what determines whether you’re an Owl or an Early Bird. Identify which one you are based on your sleep patterns, and aim to run when you feel at your most alert. Start with 3 miles every other day building up to every day for five or six times a week on the last 4 weeks before fight-night. Work your way to a five or a seven miler on the sixth day, rest the seventh. As time goes on alternate your runs and incorporate a sprint routine into your program.

Combinations: throwing isolated punches or kicks will not win a fight. You must practice throwing a series of kicks and punches together, in disciplined combinations.

Bag Work: The heavy bag is good for building strength and power.

Shadow boxing: The student goes through the fight in his head, attacking and defending against his imagined adversary.

Sparring: is not a fight. And there should be no winner or loser. Sparring is an opportunity to practice more difficult and complicated manoeuvres on a real person, without having to worry about getting injured.

Fight technique: Timing, rhythm, movement, strategy and ring technique must be taught and practiced. We all plan our holidays to where ever in detail. Plan your preparation and fight the same way. The only surprise should be when you win in the first round, instead of in the third.

‘Train hard fight easy’ Well, that’s an old saying but I never believe or say a fight was easy because the fight is the end result of all the weeks and in some cases even months of hard work and sacrifice. So, if it ends early in the first round then it’s a bonus. Don’t forget the hard work – blood, sweatand in some cases tears that helped achieve you the victory!
The mental and the state-of-mind of a fighter, is just as important as the physical – Body and Mind must be one. What I mean by that is prepared with no distractions.Sample workout for a three-round fight - 3- to 5-mile run – 3 to 4 times a weeks, alternative days from classes

Sprints to help explosive speed - 4 by laps of the gym with 45 seconds rest or 10 x 100 meter sprints, your jog back is your rest
repeat 10 times.
2 nights training at your normal class
1 night in sparring class 45 minute of lightweights but fast or floor conditioning once or twice a week - on a day you are not kickboxing training
Typical session
Warm-up 3x2 minutes of shadow boxing, 30 second rest
6 minutes skipping rope, no rest
Working to improving your technique, syllabus work with class
4 rounds of pads (two of just hands, two of hands and feet together)
Some basic technique
2 minutes conditioning full speed various exercise
Warm-down
Finally,
Listen to your body it will tell you when to slow-up if fatigue starts to creep in. Although it is a fight you are preparing for, there’s No gain without some pain in the fight game!