Belfast's ProKick head Billy Murray was invited to the Ulster University to speak at a new Cross Community Youth Sports Programme backed by DCAL. Murray was asked to talk by youth leader Mr Johnny Davis about his career in front of 120 young teenagers. DCAL (The Department of Culture, Arts and Leisure) have put the muscle behind building a United Community (TBUC) Together: Building a United Community (TBUC) Strategy in DCAL. Strategy – using sport as a medium to transform attitudes and behaviours in young people. 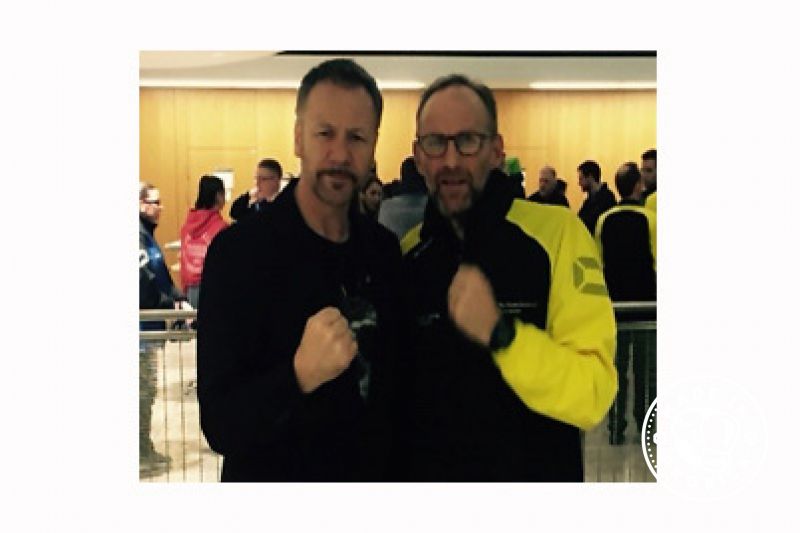 The Former world kickboxing champion, Murray, had the opportunity to speak right after a special screening of the film ‘PUNCH’ that he was involved with. The Cinemagic movie was the subject for debate as it features social and domestic abuse. Billy Murray who is also a co-founder of the ThePeaceFighterswill return to the UN at the end of March to attend, and speak at, the Human Rights Conference at the United Nations in Geneva, Switzerland
DCAL TBUC Cross Community Youth Sports Programme Pilot Project The pilot project for the programme will run for 12 weeks from January to March 2015.
The proposed programme will involve 1.5 - 2 hours of coaching twice a week across 4 activities. From the outset of the project the two single identity areas (Greater Village and Lower Falls areas) will come together to train and compete jointly in each sport/leisure activity. There will be up to 140 children (11-16 years old) taking part in the
programme with 40 young leaders (16-24 years old).

Activity will take place twice a week and once a month an ‘odd night out’ will be delivered for each stream which will
have a specific good relations focus alongside other messages such as: mental health/nutrition information; race relations and drug awareness; the use of ambassadors (both high profile figures from outside the community and role models from within the community); and visits to DCAL venues and behind the scenes events. The UU event tomorrow falls under this category and all Young Leaders and participants and their parents have been invited to the event.

On 28 March 2015, there will be acelebration event which will bring together the participants and their families, young leaders, coaches and the communities to acknowledge and celebrate the completion of the first stage of the programme. This element of the programme will seek to directly involve families, and young leaders will be significantly involved in the organisation of this event. The Creative Team can provide a wide range of input to the
celebration event – videos, artwork, articles, marketing etc.